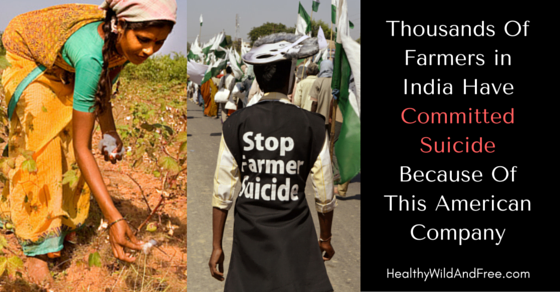 As someone who has lived abroad I can say from firsthand experience that many westerners do not have a great understanding of how life, living and day to day works in other countries. I’m an American but i’ve lived in Central America twice in my life and have learned a lot from the experience each time.

Certain aspects of living abroad, in a new country, climate and work region will shock you. Whether you live abroad in a poorer or wealthier nation, every country has it’s own distinctions that we tend to not be aware of even if we vacation there. The resorts and vacation rentals are modern and equipped with 1st world amenities. These 1st world tourist pockets within these countries often paint a fabricated picture of the true heart of that country. There’s a bit of taste and a bit of flare from the country, but that doesn’t mean you will understand those people, their way of life, their struggles, their passions, their joys.

India is one of those countries. It’s a completely different world compared to America or any western country. It’s hot, dry, the food is different, religions are different, the culture is different and the people live in a different way than we do.

Understanding different cultures and people is a great way to benefit from the richness of that culture in life. Unfortunately many societies around the world are trying (or forcing) other societies and countries to adapt to their way of life and living through racial segregation, war and apartheid.

In these rural communities a common career is farming. In fact, of the 481 million working Indians approximately 118 million of them are farmers. About 25% of the entire population farms. Many farming families grow rice, wheat, millet, sugarcane, coffee and a variety of other crops.

Cotton is also grown in India and in 2002 this was thought to improve economic conditions for farmers. Why?  In 2002, a joint venture between an American company based in St. Louis, Missouri known as Monsanto and Mahyco introduced Bt cotton to India.

Bt cotton was promised to get better yields and to make the Indian farmers more money by producing more Bt cotton. These companies had deep pockets and hired Indian celebrities to endorse Bt cotton to sell to the farmers. All was looking well.

Many farmers adapted the Bt cotton and in time became frustrated with the serious lack of results that were promised by Monsanto and Mahyco. Their yields were scarce and decreasing. Maintaining a healthy yield cycle become even more difficult, and still on top of all this the seeds and pesticide costs were higher. This left farmers distraught and in financial ruin. Many farmers believed wholeheartedly in this idea of innovation with seeds and invested all that they had to bring an abundant yield to their families.

As you heard in the video, 1,300 farmers in this region alone committed suicide. They do this by drinking the pesticides that monsanto sells to them that they can no longer afford to tend to their land and the livelihood of their families. Some reports share that up to 300,000 farmers have committed suicide in India by drinking Monsanto’s pesticide.

Vandana Shiva, an environmental activist shares “The farmer does not know that they will have to come back for pesticide, and continue to come back to buy seeds as well.”

As the video also stated, Monsanto’s BT cotton works in well irrigated fields. Most of these farmers depend on rainfall. Water is an abundant resource but it’s also a commodity that costs money. If these farmers are already paying more for the seed and the pesticides what makes anyone think they can afford to pay for the water also?

They are just working to get ahead and provide a better lives for their family. A life that isn’t impoverished.

There are many poor, struggling farmers all over the world. India is no exception. The average Indian farmer earns 6,400 rupees per month. This converts into $94 US dollars each month. Just over $3 a day. Think you’re broke? poor? you’re not an Indian farmer, they’re living way below your definition of a poverty line… think again.

According to some sources every 30 minutes a farmer in India commits suicide because he can not pay his financial debt owed to a company known as Monsanto. If you aren’t already aware, Monsanto is the multi-billion dollar company that is responsible for the growth and production of GMO (genetically modified) seeds. If you aren’t already aware of what GM seeds are. Genetically modified seeds are seeds that take traits from one organism and integrate with another organism to create a new crop essentially.

In India, now up to 300,000 deaths have been recorded and attributed to suicide attributed to farmers not being able to pay their debts to Monsanto. There is even a region in India known as “Monsanto’s Indian Suicide Belt” where suicides are common and consistent.

How can we help these farmers in India? simple, stop buying and using cotton products and start buying organic cotton shirts and clothing products instead.