This Newly Discovered Bosnian Pyramid Trumps Every Pyramid On The Planet (in age, size and energy) 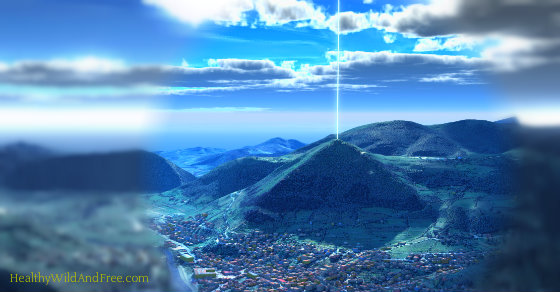 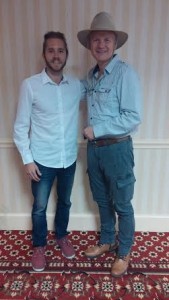 Dr. Semir Sam Osmanagich (Bosnian Archeologist & Discoverer of The Bosnian Pyramid – Right) and myself Left at the conference.

I was at a conference last weekend called the Awake And Empowered Expo which is an event that brings together some of the top minds on the planet in spirituality, health, consciousness and more. This past event this year (in 2015) a speaker named Semir Sam Osmanagich who is a Bosnian born archeologist (a real life Indiana Jones really) spoke on Pyramids and his path that led him back to Bosnia. He spoke on his traveling worldwide to understand ancient civilizations and how pyramids are ancient technologies for energy and communication purposes in these areas. His work and life path led him to discover a pyramid in Bosnia that no one else in the world had the eye for, except for him. It is now known as the biggest pyramid in the world, even larger than those in Egypt and it’s just miles away from where Nikola Tesla was born! Who experimented with free energy, the tesla coil and using a vortex of energy to wirelessly spread free energy anywhere, which was very interesting to me.

His talk was amazing and at the end he got a standing ovation from the crowd that was hanging on every word he spoke. He is like a real life indiana jones, a living explorer and legend in the world of archeology. Sadly, the mainstream media (and tourism powers that be) are bad-mouthing him claiming that there are no Pyramids and claiming he is making these things up in order to benefit. The funny thing is though, pyramid tourism in Egypt is a multi-billion dollar industry and these are the people threatened by his discovery.

They claim that these are ‘natural hills’ and are not a pyarmid in any way whatsoever. The geometrical shape and internal tunnel findings prove otherwise though based on other pyramid discoveries and the correlating factors. They align perfectly with what a pyramid is and Dr. Semir Sam Osmanagich and many others have had legal difficulties with the country of Bosnia in order to excavate and make further discoveries. Thankfully they went to court with the Bosnian Government because they were restricting them from researching and digging further. Thankfully they won in court and are now uncovering tunnels, and using scientific instruments to measure energetic fields such as the negative ions and flow of energy within these tunnels and the pyramid is a whole.  Dr. Sam Semir Osmnanagich is now using this opportunity to create the worlds first open-source pyramid discovery project available to the public at large and thousands of people are flocking to uncover an ancient piece of history in the foothills of Bosnia. Take a look at this diagram of the pyramid: 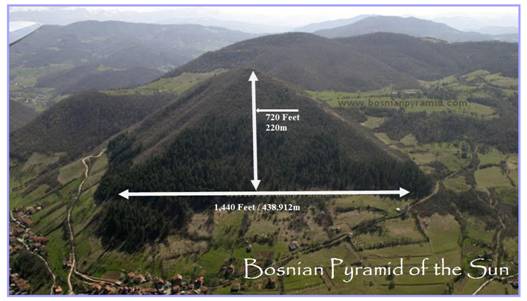 It’s a fascinating story that only Sam Osmanagich can tell and I wish you could have experienced this man speaking in front of everyone as I did at the event. This man has been ostracized from the scientific community and has had his name slandered in the media and online. Even people who associate with him who are well-known whether it be within the scientific community or pop culture have been attacked.

His presentation at the event was truly incredible. He spoke on the ancient value of pyramids and how cultures all over the world from Asia to Latin America to Europe have pyramids and how he believes based on his research that they were used as ancient sources and technologies for energy and communication. His work is showing that the resonance inside the Bosnian Pyramid correlates with the schumann resonance and he has also recorded that the levels of negative ions within this pyramid are higher than any other place on the face of this planet. Negative ions are valuable to health and healing regeneration and if you understand the principle of grounding/earthing you will realize how valuable these findings are.

There are multiple layers (literally) of proof that can validate that this Bosnian Pyramid is in fact a pyramid and the largest pyramid in the world known to date.

First, the geometrical shape as shown above is that of what a pyramid is anywhere else in the world. Second, the negative ion measurement inside the pyramid is up to 4 times higher than any other negative ion measurement place on the planet. This tells you something doesn’t it? thirdly, there are tunnels throughout the entire pyramid and around it showing that it was a place where people went inside and were actively involved in, and not a ‘natural hill’ as the mainstream media claims.

Lastly, take a look at these concrete blocks discovered on the outside walls of the pyramid of Bosnia: 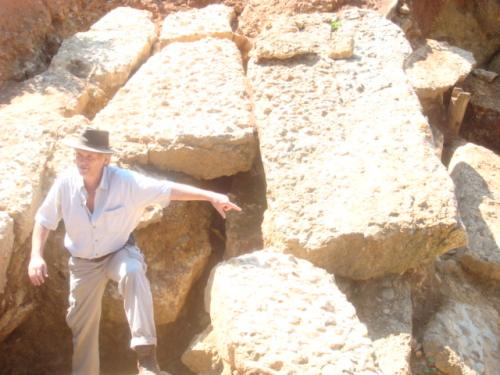 These are man (or alien made) concrete blocks that are NOT nature made and he has the lab tests to prove this to be true.

Take a look at this video:

The funny thing is you can find many established and “respected” scientific authorities online saying that these pyramids are a hoax and that Sam is making this stuff up. Based on his presentation and him describing how big this is (the oldest, largest pyramids, a network of them to ever be discovered) that would rewrite history and disrupt a multi-billion dollar tourism industry) yeah, I believe Sam over them. Especially since the proof is stacking in his favor more and more as time goes on. The shape of it looks more like a pyramid than a natural hill, the tunnels, the artificial (not nature made) concrete blocks and the measurements all favor and mirror the energy of pyramids worldwide. He has more and more scientific and visual proof working for him as time goes on, and I believe he’s right, but I’ll leave it up for you to decide and discuss though. This discussion has to begin though, what do you think? Are these pyramids or natural hills? leave a comment below. You can learn more about Sam Semir Osmanagich at his website here: http://www.semirosmanagic.com/en/index.html