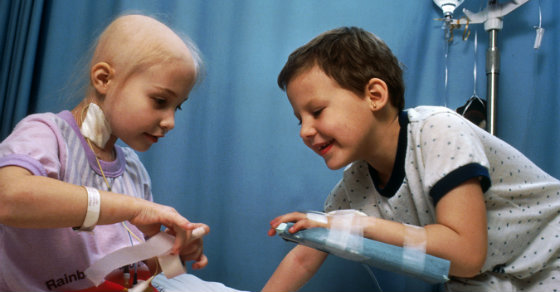 When the topic of cancer comes up in social circles and you’re the person who believes there is a cure (if not many) for cancer and you voice your opinion you may be seen as a crazy health nut or delusional. It’s a common perception in America and many other countries that there is no validated scientific cure for cancer, right? Everyone has heard this and most people believe there is no cure for cancer because they haven’t heard from Fox News or CNN that a cure for cancer hasn’t been found yet… (Ha! deep healthy immune boosting belly laugh)

If you’re like me, there’s a good chance you’ve heard of Dr. Dr. Burzynski, Suzanne Somers and many other names using and recommending alternative cancer treatments. You’re also probably aware of cancer research ‘non-profit’ organizations that raise hundreds of millions or billions of dollars for “cancer research” and have absolutely nothing to show for it. You also may find it interesting that these organizations spend the majority (80-90% or more) of their incoming funds on administrative fees and more advertising to collect more funds. It’s quite incredible to think that billions of dollars have been raised for cancer research and programs yet not one single shred of benefit has come of it. It’s astonishing.

There are many millions of people that doubt that there is a cure for cancer still existing on our planet and it’s our job to educate them and help to create awareness for them to think differently so they can begin to find the truth. Here are the tried and true points to share with your friends and family that may still doubt there is any cure for cancer.

The first point is very simple. Ask the doubting individual if there is no cure (or anything of value produced) from the billions of dollars poured into research then doesn’t that make you curious as to why? Another money question to ask is “If an average cancer patient is worth $100,000-$200,000 during their treatment then could it possibly be in the best interest of the medical industry at large to keep this going? A comparable natural/holistic approach to treat cancer may cost around ten times less or even more, say 10-20k. It’s in the financial interest of the medical world to continue to perpetuate the lie that there is no cure for cancer. Perpetuating the lie and having people bought and sold into donating their own money “for the cure” get’s people to believe that there are no other options and sells themselves on the lie. I have friends and family who no longer ‘run or walk’ for the cure because they have found out how much money actually does anything.

Interestingly enough chemotherapy treatments cost around $5,000 a month in 2003 and it is now $10,000 a month. In the last 12 years the cost of chemotherapy costs have doubled. The medical/pharmaceutical companies are large are profiting wildly. Why and how are the prices of chemotherapy doubling in such a short period of time? are there any other products or services that have doubled in price in 12 years? It’s rare for anything to double in price that quickly, even with inflation.

Let’s use our brains for a minute, would you do that with me? As horrible as it is to say Cancer, cancer treatments and actively working to suppress a cure is something that ANYONE would actually do is so horribly wrong that no one would do that.

If billions of dollars have gone to research what has come of it? Where has it gotten us? (ask them to tell you what has been found?) If they can’t answer this (good luck to them) then that’s a good first step to lead into this next question.

Ask them then, if a cancer treatment patient earned a medical complex 100-200 thousand dollars and there was a holistic natural routine that had a similar (or better success ratio) than the chemotherapy yet was 1/10th of the cost do you think that they may want to not promote this? or maybe keep it a bit of a secret even? or possibly not even explore the natural routine all together?

Sum it up by saying where has the billions in research funds gotten us? and don’t you think a competing service/product that is 10x cheaper that possibly works even much better may be smeared or rejected and polarized? They will have to start to think critically and objectively a little bit unless they are in complete sheeple mode 24/7.

#2: Why Did The Government Do This?

In 1953 the Fitzgerald report was a report published by a government committee commissioned by a Massachusetts senator found that there was a conspiracy to suppress natural cancer treatments in America by the American Medical Association. Our own Government was willing to admit that there are suppressed natural treatments for cancer. This isn’t them saying there is a cure for cancer, it’s them saying that there is suppressed information that could be a cure.

On that note this is very interesting as well… Why does the government (The US department of health) own the patent on medical marijuana? (patent #6630507) if there is no cure for cancer and apparently marijuana has no medicinal value! (laughable)

#3: How is Cancer Different Than Any Other Disease Or Health Condition?

Disease and health conditions have causes and effects. The cause effects the disease (external symptom) that you recognize. For example, obesity is considered a disease by the medical allopathic community as well as many other diseases that are considered curable by them with antibiotics and medications. If obesity and many other things are curable and reverseable isn’t it possible for cancer to be curable and reverseable as well? This may not sell someone on cancer being curable but if you take a big picture look all of the “curable” (what they really mean is manageable) diseases and health conditions that have treatment options that supposedly fix the issue how long does that list go?

If someone can gain 100, 200 pounds or more of unhealthy fat and successfully release all of that weight and have a healthy weight again why and how can cancer (which is not many pounds of fat) be removed and released from the body naturally as well? I believe it’s very possible to do this.

One of the health coaches who has a lot of great health information online say’s “Anything can be reversed by doing the opposite of what created it.” – Paul Chek

I believe he’s right and that you can apply that to disease and say “Any disease can be reversed by doing the opposite of what created it” and think in those terms. If you’re driving north and you need to go south to heal will you continue driving north? Cancer is not the cold, you don’t catch cancer by someone sneezing on you but most people believe that you “Get cancer” and it’s part of life. Cancer and disease are not part of life, you do not get cancer if you’re a healthy individual. You get cancer if you are living an imbalanced life (emotionally, physically, mentally, spiritually) and that begins to create an environment in your body which cancer can thrive in. Cancer is a notification, a red blinking light in your human engine notifying you that you are killing yourself and not living the way you should be.

If any disease can be reversed by doing the opposite of what created it wouldn’t you say that it’s crucial to find out what causes cancer? and work towards the opposite direction. You can search the internet right now and find multiple plants, foods and herbs that are “anti-cancerous” that help to prevent cancer. If something helps to prevent cancer wouldn’t it have an effect on cancer itself in the human body as well? Most times it does.

To sum this up ask your doubting friends what about money? how does that play a role in curing cancer so far and the money conflicting ideas surrounding the release of true information harming the cancer business? it is a business. How does the government play a role? would it harm them financially to interject with their business partners? (Big pharma, the FDA, AMA and insurance alliances etc.) and finally ask how and why has there been no progress when other health conditions and diseases have “treatments” for them and so called cures?

The treatment of cancer through allopathic means is one of the most profitable ideas that someone created to profit. There are many approaches I would take if I had cancer that range from diet to herbalism to emotional happiness and well-being, laughter, and changing my lifestyle (which led to cancer) completely. There is hope for those of you that have cancer, keep searching and never go with what someone tells you without trusting your gut. Please share this with a friend that believes there is no cure or valid natural treatments for cancer.