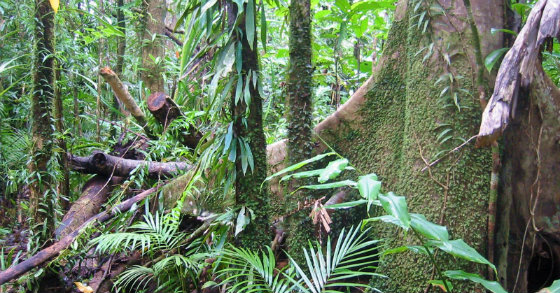 Some plants you rarely or never hear about. Plants hidden tucked away in a rainforest in South America or a rare cactus in only one desert in the world. Each plant has an array of properties and values that make it unique. Some plants improve cardiovascular health, others boost immunity, others purify the blood, and some strengthen muscles, joints, ligaments and tendons.

It’s an incredibly magical place full of life and uniqueness. So incredible in fact, that the pharmaceutical industry has taken a keen interest. Did you know that a full 25% (1 out of 4) western pharmaceutical drugs are derived (synthetically created) to mimic rainforest plants? Think about that for a minute. That means that if you go to the pharmacy and take a full 25% of the drugs of the shelves you can attribute the synthetic characteristics in these drugs back to the rainforest, mainly the Amazon.

What does that lead you to believe? that maybe the actual plant has more medicinal value than the drug? and that the side effects from an herb or plant from the rainforest are drastically less harmful than a synthetic compound, a version created in a lab.

One thing western medicine has still not fully learned is that plants are information. The nutritional profile, and every compound in a plant plays a role. When we ingest a plant we are essentially giving our body the instructions that the plant holds. If the plant has vitamin c for example, it helps to repair the hair, skin and nails, boost immunity and more. If it is rich in vitamin A, it helps with eye health. If the plant is rich in enzymes, our digestive system and metabolism benefit, and so on and so forth.

One unheard of  and rarely talked about herb from the Amazon rainforest that has quite a bit of medicinal value and has been studied by the pharmaceutical industry is an herb known as Una De Gato, meaning ‘Cat’s Claw’ in Spanish. The scientific name for this plant is Uncaria tomentosa. It’s a woody vine like plant.

The natives in the Amazon have been using it for hundreds of years to treat arthritis, stomach ulcers, inflammation, fevers, infections, immune related conditions, heart and blood conditions as well as being used as a form of birth control, don’t ask me how on that one!

According to a study done by New York University Langone Medical Center, 24 weeks of Una De Gato supplementation worked twice as well as a placebo for reducing painful joints. That’s saying a lot considering we already know that a placebo (a sugar pill) actually makes people believe they are getting better and causes them to feel better.

Inflammation makes arthritis more painful, along with disease formation to be more likely. Inflammation is the body’s response to heal, but if your body is in a state of chronic inflammation then your immune system isn’t completely finishing the job. This herb helps to reduce inflammation and swelling, whether it’s in your ankles, shoulders or arms and speed up the healing process. A lab study published in the May 2002 issue of the journal “Phytomedicine” found that supplementation with una de gato alkaloid and flavonoid compounds for three days significantly inhibited inflammation and prevented cell damage and early cell death in the lining of the stomach.

A study published in 2010 once again in the journal of Phytomedicine found that Una De Gato was effective against cervical, breast and colon cancer.  They also found that it inhibited a certain form of Thyroid cancer, leading to a belief that it can be an effective agent against endocrine based tumor and cancers.

Una De Gato is an Immune-modulating herb, meaning that it helps modulate and adjust immunity to where it needs to be. Immune-modulating effects of una de gato are believed to prevent white blood cell counts from dropping in patients contracted with HIV, helping to protect them from other opportunistic infections while the immune system is hampered, notes CoxHealth. Not only that, but tooth infections and Candida (yeast infection) were also found to be inhibited by Cat’s Claw.

Una De Gato benefits heart and cardiovascular health as well as both white and red blood cells. The red blood cell membranes stay healthier when Una De Gato is consumed. The polyphenols and antioxidants protect the blood throughout the entire body.

Cat’s Claw is extraordinary for intestinal health. It does an amazing job cleansing intestinal walls allowing any digestive blockage to be removed which also enhances nutrient absorption. Nutrients are absorbed in the intestines, so if there are blockages the body cannot absorb the beneficial nutrients in your diet. This helps to remove that and allows your body to receive what it needs nutritionally again.

The Herb is Also:

Think about how many diseases are caused by an infection, a weakened immune system and inflammation? Cancer, heart disease and so much more are effected by each of these symptoms, and Una De Gato (Cat’s Claw) helps to tilt the healthier life in your favor.

This plant contains quite a few different types of beneficial plant compounds that help reduce inflammation, such as tannins and sterols, and fight viruses, such as quinovic acid glycosides. These plant compounds go to work to benefit your health.

This herb has been around for a LONG time, but most press on it died in the 80’s or 90’s as you can see below.

In referring to cat’s claw, Newsweek reported that this “rain forest herb has been long used to treat asthma, ulcers, and cancer. (“Nature’s Biggest Sellers”, Newsweek, November 6, 1995, page 68) In an article in Newlife, this herb was described as having so many therapeutic uses that it far surpasses such well known botanicals as Echinacea, Golden Seal, Astragalus, Siberian Ginseng, as well as Reishi and Shaitake mushrooms. (“Cat’s Claw – A Wonder Herb from the Peruvian Rain Forest”, Newlife, February, 1995)

Dr. Brent Davis described cat’s claw as “The Opener of the Way” in referring to its ability to detoxify the intestinal Tract and to treat a variety of stomach and bowel disorders. ( Cat’s Claw News, May/June, 1995)

The anti-inflammatory qualities of cat’s claw have been found to be useful in the treatment of arthritis. ( Journal of Natural Products, 54: Page 453, 1991; Arthritis News, 1: Summer, 1989)

You can get a Cat’s Claw (Una De Gato) supplement and try it out for yourself from OrganicRainforestHerbs.com