The Fatal Truth About Microwaves That’s Hidden From You 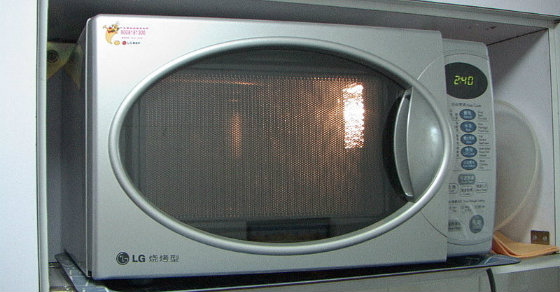 90% of homes in America have a microwave, and most of these homes use this device often, daily in most cases. That’s over 270 million people using this electronic invention that cooks your food extremely quickly. It tastes different than actually cooking it, and haven’t you ever wondered why? Why does food that’s cooked in an oven or toaster oven taste completely different than food that’s cooked in a microwave? The process to cook in a microwave is completely different than using fire to cook food. If you’re like me you’d agree that real cooked food simply tastes better than microwaved food.

As opposed to real cooking, a microwave uses radio waves essentially shot at the food which heats up the water molecules which heats the food. A radio wave is a form of an electro-magnetic frequency (otherwise known as EMF) these EMF’s are the same waves that are emitted by cell phones. They have been scientifically proven to increase the risk of brain cancer in children that use cell phones by 500%. That headache you get from talking on the phone too long? or that tension in your neck? that’s from the positive charged ions emitted by the electrical device.

Before we get into the science of cooking with microwaves you have to understand they they do produce EMF’s and those EMF’s are harmful to be around. So if after this article you choose to still continue using microwaves at LEAST stand away from the microwave, or better yet go to another room while it’s running. According to the EPA (Environmental Protection Agency) standing 3 feet from your microwave is harming you with harmful radio waves.

Just standing near or being in the same room as a microwave exposes you to electro-magnetic frequencies and that alone is harmful for your health. If that’s harmful wouldn’t the food being cooked with these radio waves be harmful also? Let’s take a look at some science proving this to be true.

They found that the participants who consumed microwaved raw milk and organic vegetables experienced:

Additionally microwaved breast milk loses over 95% of it’s antibodies. Antibodies are very important for babies because they help the baby stay healthy and avoid anything harmful. An antibody is a blood protein produced in response to counteract an antigen. They fight anything foreign, such as bacteria, viruses, and anything else foreign in the blood. This along with the fact that microwaved breast milk is often deceivingly hot without you realizing it because the bottle holds steam. Mother’s should avoid heating breast milk (or formula, which is even worse for the baby’s health) in the microwave.

Beyond this in 1991, there was a lawsuit in Oklahoma in regards to a microwave incident. A woman named Norma Levitt had hip surgery, but she was killed by a simple blood transfusion when a nurse “warmed the blood for the transfusion in a microwave oven”! This suggests that if you heat or cook it can have detrimental effects, in this case life threatening. It’s quite obvious that there is more to just heating with a microwave than we’ve been told.

One thing that I think about that I haven’t found any research on, there may be but I haven’t found it with quite a few searches. Are there radio waves in the actual food? I know these radio waves cook the food, so do they stay in the food at all? or for a duration of time. Their electro-magnetic frequency leaves it’s mark, but does that stay and actually enter your body? Think about the example of the nurse above who microwaved blood and the patient died. If that happend to blood and it stayed until it was back in the individuals body aren’t we exposing ourselves to radio waves each time we eat food from a microwave? It’s something to think about. Microwaving changes the water molecules which altered the blood, it alters food too… and not in a good way. Think about it the next time you plan on using it. I don’t have one all together anymore, it’s of no use to me.