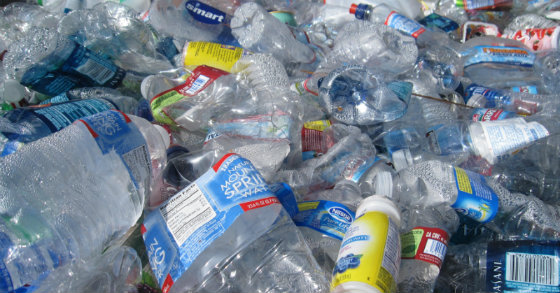 Our world is immersed with plastic, so much so that our oceans are becoming more polluted with it by the day. What most people do not know is that plastic is a product created as a by-product of the oil industry. Every time you buy a plastic product, or any product packaged in plastic you are supporting the prolongation of the oil industry.

Think for a minute how surrounded your life is by plastic. We wear plastic, brush our teeth with plastic, hold cosmetic and beauty products such as deodorant, face wash and serums in plastic. We eat from plastic forks, knives and spoons on the go. We drink from plastic water bottles, eat from plastic plates and bowls and drink from plastic cups. We live in a plastic world. We expose ourselves to plastic on a daily basis whether we realize it or not and it’s difficult to escape it. It’s clear that plastic is in our kitchen, bathroom, entire home and world. It washes up on beaches all over the world because the oceans have become so polluted with it.

Fish and birds eat the plastic and die because of it, so how did all this start? and what does plastic mean to us?

The Dirty History Of Plastic…

Plastic has been formulated in many different ways and interestingly enough there are actually biodegradable plastics as well, but they are rarely used by corporations. Initially plastic was formulated with formaldehyde but it has changed quite a bit over time. The word plastic actually means pliability and form. The idea for plastic makes sense, having something that doesn’t break when dropped (like glass) but can still handle your lifestyle needs and be a replacement for kitchen and bathroom products.

Plastic formulation has changed over the years. Now it is being formulated typically with BPA (bisphenol A) and phthalates. Initially mice in the lab were being fed food and supplied water through plastic containers and scientists stumbled upon the unknown effects of BPA. They found the bisphenol A chemical in the blood of these mice and they noticed that the rodents began having reproductive issues and miscarriages. We now know that BPA and Phthalates are damaging to not only the health of animals but to the health of humans as well.

What Kind Of Effect is Plastic Having?

The chemicals in plastic go further than we think. Teenage girls growing breasts and pubic hair at a much younger age than ever before. BPA mimics estrogen in the human body which causes women to develop faster and essentially raise the effects of this hormone at an earlier age. The rising numbers of men born with abnormal urethras, the climbing rates of both testicular and breast cancer and the growth of men with declining sperm counts. This is just a start in the human problems associated with one of the chemicals in plastic. The death of wildlife, specifically seabirds that mistakenly eat discarded plastic because they think it’s a food, or the fish that eat plastic in the sea and die from not being able to digest it.

Two of the main known toxic chemicals in plastic are bisphenol A (Also known as BPA) and phthalates (which is used to make plastic soft). Both of these upset the way certain hormones function in our body, These are consistent endocrine disrupters in the body. Thankfully they are both now the scientific world and general public are beginning to scrutinize them. There are multiple animal studies that show that BPA and phthalates are harmful to the human body. Just take a look at what can happen when these accumulate in your body.

BPA seems to be one of the main culprits that we can concretely point a finger at and demonize. In multiple various studies with rats or mice BPA has been shown to increase rates of breast cancer, prostate lesions, insulin resistance, alter brain structure and behavior, as well as obesity by the accumulation of lipids.

Not only that but mothers with more BPA in their body had more miscarriages than those who did not. BPA interferes with hormones and hormone receptors causing an estrogen dominant effect, insulin issues and potentially leading to multiple forms of cancer over time, and much more that has yet to be discovered. If reproductive health and cancer don’t caution you enough though, nothing else will.

You can avoid BPA and phthalates by avoiding plastic. It’s difficult to avoid plastic 100% in today’s modern world but you can start in ways that most certainly effect your health. Stop using plastic for what you eat and drink from. Plastic silverware, plastic plats, cups, water bottles etc… and that damn plastic toothbrush that you stick in your mouth every day. You can switch to glass or ceramic and get a bamboo toothbrush. Most importantly do NOT cook with plastic or leave plastic water bottles in the sun and drink from them, that will leech the BPA and other toxic chemicals into your food or drink much faster which you will then consume. Stop buying plastic water bottles, this is one of the worst ways to interact with plastic because the BPA will drink into that water and you will continue to ingest it.