The Chinese Anti-Cancer Diet: This Woman Cured Her Breast Cancer in Just 6 Weeks 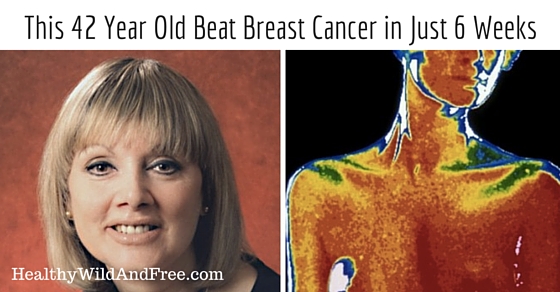 It’s not often you come across a true cancer survival story that where the patient has become completely cancer free and is no longer symptomatic. In many cases people claim that their cancer is cured from chemotherapy or surgery but the cancer comes back with a vengeance and proves their claims to be untrue, unfortunately.

Many people die each year from cancer or cancer treatments all over the world. One scientist actually found that those who use cancer treatments such as chemotherapy actually die quicker than those who get no treatment for their cancer at all. It’s no wonder cancer is such a scary diagnosis, it’s far too often a death sentence wrapped in an almost normal part of life. It’s not normal for everyone though, in many cultures around the world cancer is much less prevalent than here in the states.

That’s the case in China for instance, and for one geochemistry professor at Imperial College in London that was what stuck with her when she was diagnosed with cancer.

Jane Plant, a 65 year old professor of geochemistry at Imperial College in London lives in Richmond with her husband Peter Simpson, also a professor. They have three children and six grandchildren.

She says: Last year I became a grandma for the sixth time. Considering I’d been given two months to live 17 years earlier, when my kids were still children themselves, it felt like a remarkable achievement to be holding yet another grandchild in my arms.

I was first diagnosed with breast cancer when I was 42. I thought I’d beaten it, but five years later it returned with a vengeance. I carried on fighting, but when it recurred for the fifth time I asked my doctor to end my life for me there and then — I didn’t see how I could go on battling a disease that seemed ­hell-bent on finishing me off.

But as I wept I heard my little boy, then just six years old, crying out for me in another room. I knew then I could never again allow myself to feel as though it was an option to leave him.

Five weeks later, when I was told that I had, at the very most, two months to live, I wasn’t upset, angry or frightened. I’d already hit rock bottom a few weeks earlier. I was on the way back up now and had already begun to search my own scientific mind for a way out of this mess.

I was gripped with a great sense of urgency that I had to find an answer quickly if I was to stand any chance of surviving.

That night, in my office, Peter and I looked at a map that showed the ­incidence of various types of cancer across the world. In China the breast cancer rate was one in 100,000 compared to 1 in 10 here. What a night and day difference.

Further research convinced me that it had to be diet-related, and so I adopted the kind of diet predominant in China. Their diet consisted of a low animal protein, and no dairy. But included lots of fruits, ­vegetables, nuts and pulses (legumes).

Six weeks later my tumor had gone, my oncologist told me it had simply responded to chemotherapy and that it would return when my treatment finished. It was a blow to hear that, but I stayed on the diet and lived the best life I could. It was a very precarious existence, endlessly checking for lumps and forever wondering how much time I had left. But I was lucky the tumor didn’t come back.

Six years later I stepped off a train in Reading, where I was giving a lecture, and I was struck with this epiphany: ‘I’m not dead — I’m still not dead.’ Those words repeated in my head over and over for the rest of the day. And I knew I could finally allow myself to believe I had beaten cancer.

I’m 65, but unlike most women, the aging process causes me no anguish. I look at every new wrinkle as a mark of victory! my wonderful prize for having beaten cancer when my doctors were certain it had beaten me.