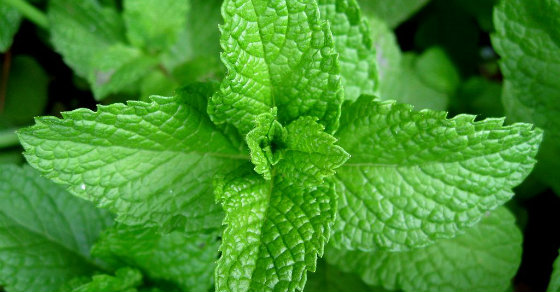 As a kid growing up when my family would visit my grandma she would always bake oatmeal in the morning for breakfast with apples, raisins and cinnamon on top. I always knew that she was baking this oatmeal because I could smell that rich apple cinnamon oat smell from anywhere! and it was delicious. Years later as I grew up I found out that cinnamon had much more than a use for tasting and smelling good.

It boosts cognitive function, memory, alertness and reduces the formation of certain neurodegenerative diseases such as Alzheimer’s according to the National Institutes Of Health. Not only that but check out the incredible range of cinnamon health benefits:

As well as numerous other benefits, but what I found really interesting and definitely worth sharing with you is a study done by Wheeling Jesuit University. They found that when cinnamon and peppermint were smelled together it reduced frustration, stress and helped drivers feel better and more alert on their morning commute to work.

Not only that but there are many studies that show that peppermint enhances mental, athletic and cognitive performance as well as pain tolerance! They found that peppermint reduces the feeling of workload and general frustrations.  Wheeling Jesuit university applied the study of these two cents to drivers on the roadway on their way to work, dealing with traffic and rush hour. They found that drivers were less frustrated, had less anxiety and fatigue and were more alert.

Peppermint is uplifting, elevating your mood and making you feel happier while cinnamon is comforting but brings your energy down making you feel a bit slower in certain ways. This may be partially because it balances blood sugar levels and if your blood glucose levels are higher it will bring them down a bit, which can actually make you feel a bit more sedentary.

Both have positive effects but when paired together they are the ultimate pair of scents to smell on the way to work and even at work to be more productive, get more dune and have less anxiety and frustration during that time. Not to mention that both of these scents, cinnamon and peppermint, enhance your cognitive function, memory and help you be more actively engaged, productive and smarter.

They both have positive effects especially when paired together. Just don’t go smelling cinnamon alone and go to the mall because some research has shown that the smell of cinnamon alone increases spending habits! According to a study led by Temple University and the Stevens Institute of Technology they found that smelling cinnamon which is a warming spice led to people feeling the room was more warm and crowded which led them to make more prestigious buying decisions. They explained the psychology behind this…

“People smelling warm fragrances such as cinnamon feel that the room they are in is more crowded, and feel less powerful as a result,” the authors write. “This can lead them to compensate by buying items they feel are more prestigious.”

So if you forget the peppermint somehow, give your partner or friend your credit card to hold for a few hours until it wears off! (or something to that affect)

The question now is, how do you smell cinnamon and peppermint in the morning before your work commute to make the drive and workday easier? I recommend getting a 2 ounce glass spray bottle  (click here to see an example of this) 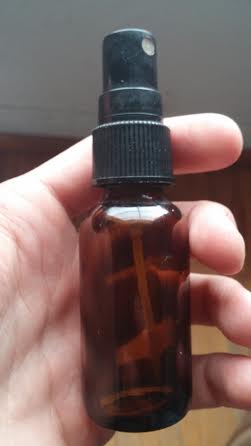 You then you can simply put 8 drops of peppermint and 8 drops of cinnamon in this glass bottle. Fill the rest with water and then keep it in your car! You can use it on the way to work, on the way home, or even in the office. It’s a great de-stressing and brain enhancing mood elevating blend and you’ll still have the peppermint and cinnamon oils to use in other ways and benefit from. You can also use just cinnamon essential oil in these spray bottles and use that around your home if you have a fruit fly problem and it works well.

There you have it, smell some cinnamon and peppermint in the morning before your commute to work and you’ll be less stressed and have more brain power and productivity.

P.S. Cinnamon is one of the oldest known spices used for food and medicine in the world! dating back 4,000 years in the bible as well as Chinese texts. It’s definitely a spice to include in your diet and have handy for the wide variety of benefits.