These Are The Shocking Results Of Mice Given Antibiotics 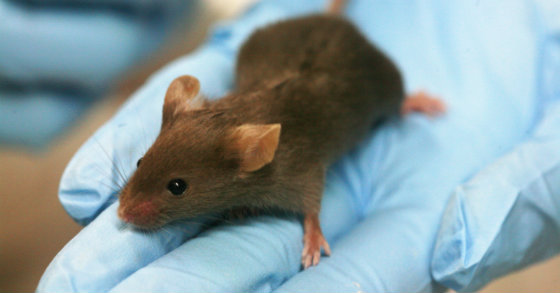 Most people walking down the street are unaware of what antibiotics actually are. Many people take them without thinking twice because it was doctor prescribed and what could you possibly know that your doctor doesn’t? well, nowadays with google and plenty of medical studies and literature online and freely available it’s a lot easier than you’d think to become highly educated on medicine and medical treatments.

Antibiotics are commonplace but may not have the best long-term effects that allopathic medicine had hoped for. The word ‘biotic’ means life and the word anti obviously means against. The word antibiotic means “Against-Life” and for good reason. Antibiotics are chemically formulated concoctions to kill bacteria in your body and gut. The issue with this allopathic (western medicine) approach is that our body is compromised of 100 trillion microbes (bacteria) and we are ten times more bacteria than cells. We are beings created and living because of bacteria.

It’s no wonder that when people get on antibiotics they have side effects and need to take another drug to manage the side effects or gut issues that come as a byproduct of the antibiotic. Now we have more proof, with mice the negative changes are apparent and obvious thanks to science.

In one study with researchers from New York University they found that mice fed antibiotics early in life were susceptible to obesity and general weight gain because the gut microbes and metabolism were disrupted by antibiotics. This study was done early in life, and that’s a caveat… but why (or how) could it be any different later in life? I highly doubt it would.

Guess what? another study proves it. In another study mice given small doses of antibiotics throughout their lives had 10-15% more body fat than other mice. Imagine if that dose was increased and mirrored the potentially high dosage that some humans are given. With mice the verdict is clear, antibiotics cause more body fat and disrupted metabolism, but that’s not all.

“We’ve shown that the immune state of an infected mouse given antibiotics can dictate how sick that mouse gets and also carries implications for disease transmission,” said Denise Monack, PhD, associate professor of microbiology and immunology, who was also head of the salmonella study.

Furthermore, Mice given antibiotics had an increased amount of a brain protein called derived neurotrophic factor, or BDNF, in their brains compared to control mice. Changes in the levels of BDNF have been previously linked to depression and anxiety.

The gut-brain connection has been proven in multiple scientific studies and in this case mice were effected on multiple levels. Mice gained weight, spread salmonella, had hearing loss, digestive and metabolism implications and were also effected mentally as their levels of depression and anxiety changed. Bacteria is a large part of any living organism on planet earth and to try to destroy everything with Anti-biotics makes no logical sense. There are plenty of ways to hinder a bad bacteria from growing further from garlic, to onions, to many other anti-bacterial fruits and herbs that don’t carry the same negative side effects of antibiotics because they leave the healthy bacteria (otherwise known as probiotics) completely alone.

So what do you think happend when mice were given probiotics? Read exactly what happend in this article, you won’t believe the changes from antibiotics to probiotics!