Scientists Discover How To Turn Cancer Cells “Off” With New Research 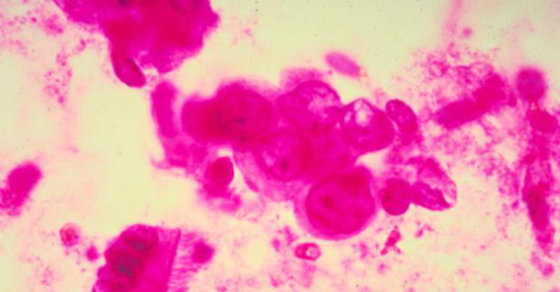 Scientists researching at the Mayo clinic in Florida said that they have discovered a way to turn cancer cells off. Cancer cells have been programmed back to their normal state by scientists in a breakthrough which could lead to new treatments and even reverse tumour growth.

For the very first time (finally right?) aggressive breast, lung and bladder cancer cells have been turned back into harmless benign cells by restoring the function which prevents them from multiplying excessively and forming dangerous growths.

The Scientists said it was like applying the brakes to a speeding car.

So far it has only been tested on human cells in the lab, but if it works on humans, it works on humans! and that’s a good thing. The researchers do hope that the technique could one day be used to target tumours so that cancer could be “switched off” without the need for harsh chemotherapy or surgery.

Why do the researchers even need to be hopeful? The cancer industry is a multi-billion dollar a year industry. This research may not led treatment and may not even see the light of day beyond the lab.

“We should be able to re-establish the brakes and restore normal cell function,” said Prof Panos Anastasiadis, of the Department for Cancer Biology.

“Initial experiments in some aggressive types of cancer are indeed very promising. It represents an unexpected new biology that provides the code, the software for turning off cancer.” Cells need to divide constantly to replace themselves. But in cancer the cells do not stop dividing, leading to huge cell reproduction and tumour growth.

The scientists discovered that the glue which holds cells together is regulated by biological microprocessors called microRNAs. When everything is working normally, the microRNAs instruct the cells to stop dividing when they have replicated sufficiently. They do this by triggering production of a protein called PLEKHA7 which breaks the cell bonds. But in cancer that process does not work.

Scientists discovered they could switch on cancer in cells by removing the microRNAs from cells and preventing them from producing the protein.