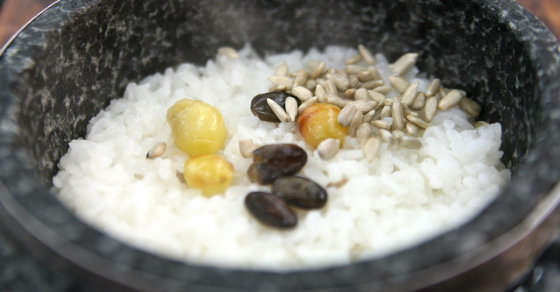 Rice is one of the staple foods in the world. In the Middle East, Asia, India, and many other Central and South American countries you will find a serving of rice on the plate quite often, sometimes for almost every meal. It’s a popular food because it’s cost-effective, can be mixed with so many other foods such as vegetables and beans and can be seasoned well with spices and herbs to be a delicious addition to any meal.

Although rice (in it’s many varieties) has a wide range of nutritional value, some studies such as one done by the Harvard School Of Public Health have shown that people who consume large amounts of white rice were 1.5 times more likely to develop diabetes than the people who ate small amounts of rice. This is because when you eat white rice contains what are known as digestible starches which breakdown quickly turning into glucose, then glycogen.

This spikes your blood sugar levels, creating a blood sugar yo-yo (up and down) effect which may increase your likelihood of developing diabetes, especially if consumed too much along with other processed sugars in my humble opinion.

It’s quite a bit of dense food and calories that must be consumed for this though. But because it’s one of the cheapest foods to fill your tummy up it’s used commonly all over the world, makes sense.

Depending on how foods are prepared, the chemical structure of the food can change and the amount of good starch can actually be altered. This is where cooking science and food chemistry come’s into play. For example, you may have heard that by cooking tomatoes you get more beneficial lycopene out of the food? or that when spinach is cooked you absorb higher levels of vitamins and minerals. Rice, just like these foods can have a lot of chemical changes depending on the cooking method.

This science recently discovered follows those same lines, except for it has to do with food preparing and how you start and end the rice cooking process.

“If you can reduce the digestible starch in something like steamed rice, you can reduce the calories,” said Dr. Pushparajah Thavarajva, a professor at the University of Sri Lanka who is supervising the research. “The impact could be huge.”

Remember that digestible starch is the sugar forming starch in rice, not the resistant starch that acts as a soluble fiber. So reducing the digestible starch not only reduces the ‘sugar’ breakdown content of rice but it also reduces calories. This is beneficial in two ways because there is now a growing body of evidence that consuming less calories leads to a longer life.

Understanding this the team of scientists tested 8 different recipes on 38 varieties of rice found in Sri Lanka. They found that by adding a lipid fat (coconut oil) ahead of cooking the rice, and then cooling the rice right after it was cooking was done, they were able to change it’s chemical composition drastically.

“The oil interacts with the starch in rice and changes its architecture,” said James. “Chilling the rice then helps foster the conversion of starches. The result is a healthier serving, even when you heat it back up.”

“What we did is cook the rice as you normally do, but when the water is boiling, before adding the raw rice, we added coconut oil—about 3 percent of the weight of the rice you’re going to cook,” said Sudhair James, who presented his preliminary research at National Meeting & Exposition of the American Chemical Society (ACS) on Monday. “After it was ready, we let it cool in the refrigerator for about 12 hours. That’s it.”

So far they have produced a reduction of 10-12% in calories, but they expect to reduce calories by 50-60% with other rice varieties.

This has a big impact in the world because rice is such a staple food and in some of these third world countries because rice is cheap it is consumed more than other foods, spiking insulin and adding belly-fat potentially (along with other junk foods of course, not saying rice is bad here!) So by simply cooking with coconut oil beforehand and cooling in the refrigerator after cooking you can reduce calories by a minimum of 10% and a maximum of 50%+ potentially, depending on future research and the rice variety.

This is an incredible breakthrough for those who eat and love rice. Start using coconut oil and your fridge to reduce calories and benefit from your rice more.