Netflix: Watch The Film “Consumed” And Your Jaw Will Drop 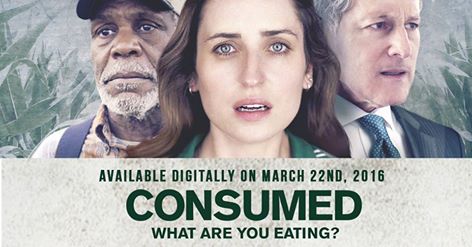 Every once in a while you stumble on a movie on Netflix that makes you go “wow” that was amazing. Last night I stumbled on one of those films. The film was called consumed and it starred Danny Glover, Victor Garber and others that will leave your eyes hypnotized to the screen.

Oddly enough, the film started a bit slow and I wasn’t so sure about it. There are quite a few characters and it takes time for the stories to develop and come together fully. Once you see the big picture and how the story comes together you realize how incredible the journey and message truly is.

The film entails a story that is anchored by a working-class, single Mother on a hunt to uncover the cause of her son’s mysterious illness. Interwoven are the stories of an Organic farmer, the CEO of a biotechnology corporation, two Scientists on the verge of a major discovery, and an ex-Cop caught in the middle of it all. This dramatic thriller will cause you to question the world of Genetically Engineered crops more than ever.

Entertaining, relatable, suspenseful and informative, and a real eye opener to what is going on. This film has re-inspired and educated me. BRAVO!

Here’s the trailer for the film consumed:

If you do not have netflix you can rent the film on amazon for $1.99 by clicking here.