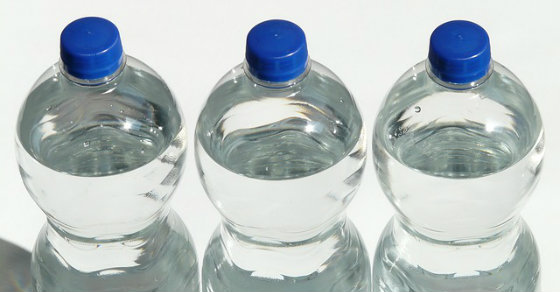 Nestle Corporation is the corporation known for selling chocolate owns multiple bottled water brands and is making a killing off it. They acquired rights from the DNR in Michigan to pump water out of michigan for 99 years for just under $70,000. That’s right, for under $70,000 US dollars they have rights to pump hundreds of thousands of gallons of water out of Michigan each and every single day. According to the documentary film “Flow: For Love Of Water” the company profits approximately 1.8 Million dollars per day from it’s water bottling plants. In the film the company announced that they planned on pumping 216,000 gallons out of Evart, Michigan each and every single day alone, my guess is that this is already in action since the film was released 7 years ago.

The citizens of Michigan are outraged, me being one of them. This large mega-corporation strolls in and thinks it’s okay to take a natural resource that belongs to all of us and sell it at a high profit. They pump it out, chemically treat it and then put it in plastic bottles which is an environmentally hazardous material and they sell these bottles by the millions.

The company has many bottling plants in Michigan but also has plants in California, Connecticut, Maine, Florida, Massachusetts, Ohio, Tennessee, Pennslyvania and other states, harming the natural environment and homeostasis in those regions.

Many farmers and people that live in these small communities speak out as to how their lakes, rivers and streams are lowering more and more turning into mud baths, But this is not something you’ll hear about on the nightly news.

Nestle is one of the prime culprits in the water wars, taking millions upon millions of gallons of water from lakes, streams and rivers and displacing it into plastic bottles and selling it for billions of dollars in profits over the years. If you live in Michigan, or any of the states listed above you should be outraged. This is a company that is taking YOUR natural resource, harming the ecology and environment in your region by drying it up and selling it to other places in the country or world.

According to the film they are profiting approximately 1.8 Million dollars per day from bottled water. Do the math and that’s 657 Million dollars a year in profit, from a resource that is all of ours that they are adding chemicals and plastic too. They are compounding the environmental problems (along with health problems in certain ways too) and getting paid to do it.

Water is a resource for all, from nature for us, not for large corporations to bottle in plastic laced with chemicals such as BPA that mimic estrogen in the body. If you are environmentally conscious, or health conscious, I would highly encourage you to stop buying gallons of water or bottled water from Nestle or any other company. You can get a water purification system for your home that does the same thing or an even better job filtering the water, save money and not harm the environment in the process.

Please take this to heart and think about it before you buy a bottle or gallon of water next time.

Thank you for reading,

Please avoid them, support the environment and your health with your dollars! Also, please remember that coca-cola is a big culprit in the privatization of water as well.