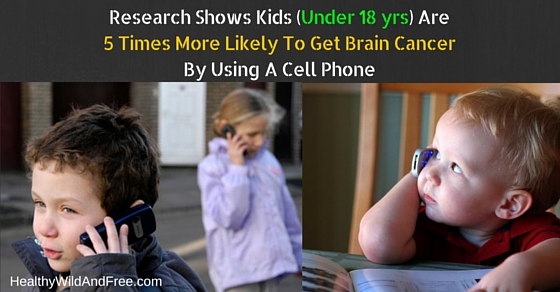 When I was in high school a small portion of students had cell phones, I only remember this because they’d get them taken away in class by using them. I didn’t really need a cell phone until I was 18 and had a job that required it, but up until then I would use the good ole home phone or internet messengers to communicate. I’m young, but as i write this I realize how fast time passes!

In today’s world though many people have cell phones because they’re affordable and monthly plans are cheaper than ever. For this reason many parents get their children a cell phone, it makes them feel safer that if they’re kid’s are ever in trouble they can call them or the police. This is the main reason adults buy cell phones for their kid’s, to stay in contact with them personally and as an emergency device.

Young kid’s as young as 10 have their own cell phones now, and they use them all the time to play games, text their friends, watch youtube videos, you name it. They’re hooked on them just as much as that 16 year old girl that talks to her boyfriend for hours on the phone… It’s an epidemic. As adults we want our children to be in contact with us and we want to be in contact with them, we also want them to be safe. This may not be the best approach though, is it worth it?

Research indicates that children are 5 times (that’s 500%) more likely to get brain cancer if they have a cell phone than those who do not. Why? They are exposed to electro-magnetic frequencies (radiation) that this phone emits 24/7 and they don’t know that this even exists, or the limits. They put the phone right up to their face to text or call and some teenagers actually lay their head on the phone under their pillow or right next to their head to talk to their boyfriend or girlfriend as they drift off to sleep. They fall asleep with the call still on and the phone literally blasting their brain with EMF’s while they’re sleeping. If your child uses the phone at night please make sure to educate them and make sure that they are not doing this. That single act alone has to increase the risk of brain cancer by 10x. That electric pollution right next to your brain for 8+ hours is very dangerous.

Even the world health organization (WHO) admitted that cell phones may cause cancer. The official report recommends that children’s use of cell phones be minimized but the public doesn’t go reading W.H.O. reports at all. You as the parent need to either not get your child the phone in the first place. Or get it for them and explain that using it too much is harmful and that they should limit themselves, or else you will. It’s an unseen danger that’s harming kid’s from all walks of life all over America and the world and parents have no clue that it’s even doing so.

Neurosurgeon and researcher Dr. Leif Salford has conducted many different studies on radio frequency radiation and its effects on the health of the brain. Dr. Salford called the potential implications of some of his research “terrifying.” Some of the most concerning conclusions result from the fact that the weakest exposure levels to wireless radiation caused the greatest effect in causing the blood brain barrier to leak.

Since he began his line of research in 1988, Dr. Leif Salford and his colleagues at Lund University Hospital in Sweden has done over 1,600 experimental animals to low level radiation. Their results were consistent and unfortunately worrisome: radiation, including the kind from cell phones, caused the blood-brain barrier, which is the brain’s first line of defense against infections and toxic chemicals to leak. In other words the protective mechanism in the brain no longer can protect the brain as it did before.

Professor Hardell told the conference “people who started mobile phone use before the age of 20″ had more than five-fold increase in glioma”, a cancer of the glial cells that support the central nervous system. The extra risk to young people of contracting the disease from using the cordless phone found in many homes was almost as great, at more than four times higher.

Those who started using mobiles young, he added, were also five times more likely to get acoustic neuromas, benign but often disabling tumors of the auditory nerve, which usually cause deafness.

By contrast, people who were in their twenties before using handsets were only 50 percent more likely to contract gliomas and just twice as likely to get acoustic neuromas. What’s the lesson here? The longer you can raise your child not using a cell phone (especially consistently) the better. You’re keeping their blood brain barrier healthy and reducing their risk of developing brain cancer. Please spread the word about this, how many parents do you know with children under the age of 18 who use their cell phones frequently? Let them know by clicking the facebook share button below.