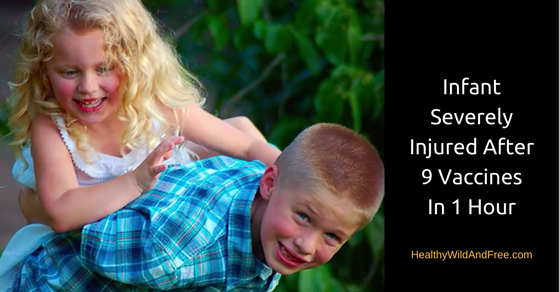 Casey Ohlsson shares the story of her son who was severely vaccine injured at his 9 month shots, where her boy received 9 vaccinations and within one hour started having seizures. The doctor stated it was a “coincidence.” Following the vaccination appointment, Casey stopped crawling and speaking. Casey’s mother sought out detox therapy and came across biomedical treatment IV Chelation therapy which was used to remove heavy metals. The IV Chelation therapy created such an improvement, Casey started speaking shortly after treatment. Watch her story here…

Video Highlights
• Vaccine injured boy at 9 months
• Vaccine injury included seizures
• 9 vaccinations during one appointment
• Doctor calls vaccination reaction a coincidence
• Vaccine injury included no walking, speaking or crawling
• Boy’s vaccine injury included a perforated gut, which was healed through biomedical treatment
• IV Chelation therapy was used to remove heavy metals which cause heavy metal toxicity
• Mercury, aluminum and other heavy metals were found in her son system
• IV Chelation therapy created such an improvement that the boy started to speak quickly after the start of the treatment
• Casey had another child, but detoxified her body first
• Her second child is vaccine free and healthy
• When the immune system is not assaulted, it works great!

There’s a free documentary series you can tune into starting August 17th-  Join now to reserve your spot! 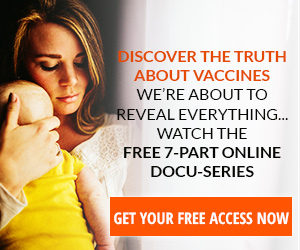