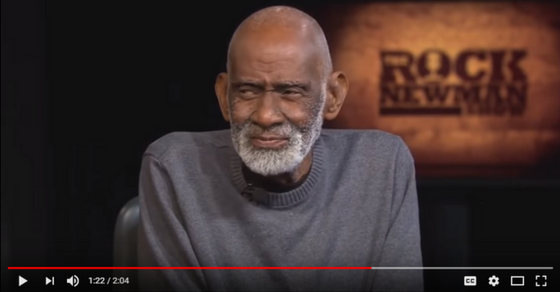 Dr. Sebi is one of the greatest healers of our time. Unfortunately he died recently in what some say was a planned death. He was a health coach to many famous people in Hollywood such as Michael Jackson (along with the entire Jackson family), Lisa “left eye” Lopez, Steven Seagal, Eddie Murphy’s mom and many more.

He has been known for treating and successfully curing HIV, Aids, Cancer and other diseases with his alternative health practices. What most people seem to forget though is that before Dr. Sebi was a healer to the stars and celebrities of the world he struggled with his own health challenges.

Dr. Sebi has a really interesting story. In 1988 he was litigated by the New York City supreme court, he faced civil and criminal charges for practicing medicine without a license. Most people in this situation would be terrified. Instead, Dr. Sebi stood steadfast and proved in a court of law that what he was promoting and practicing had results. He cured 13 people of HIV before he was arrested. His own mother warned him by saying “They’re going to get you” telling him that because he was black and he was going against the grain, they were going to come after him.

On February 10th he was arrested by agents. He was advertising that he could cure a variety of diseases and conditions.

Listen To His Full Story Here:

Dr. Sebi Lost 171 Pounds Following His Own Advice And Research.

He followed his own research and advice to do this himself. Listen to his fat loss story here:

He went from 291 pounds to 120 pounds at 6’2″ with these simple guidelines. He successfully dropped and kept off 171 pounds of unhealthy fat. 120 pounds may be a little too light for 6’2″ for you personally. I know that i’d want to weigh a little bit more than that personally, to maintain some muscle mass. That is completely up to you though.

Dr. Sebi Recommends To Do the Following: