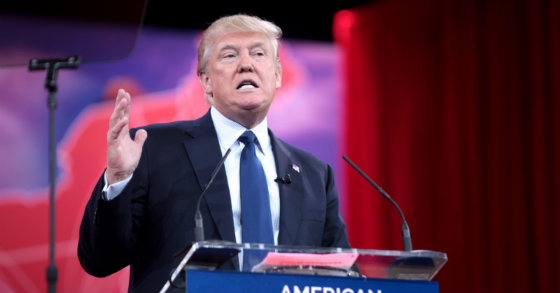 It’s not very often that you have a celebrity or a presidential candidate speak out on an actual topic relevant to the health and well-being of an entire population but today we are lucky that a well known television celebrity is actually questioning the status quo, the conformed ideas of allopathic medicine.

Donald Trump, the popular celebrity behind multiple television productions, a real estate empire, the Miss USA pageant and more has spoken and shared his true thoughts about vaccinations and their potential dangers.

Although Donald Trump and myself are still on different pages it’s good to know that he is at least creating awareness that vaccines can be dangerous. That quite a few people are seeing changes in their children as far as sickness and even autism after being vaccinated. I think that immunity is your strongest defense system and relying on a vaccination is and can be very dangerous. I think that if you have children you really need to do your research and make the best educated decision for your health and the health of your family.

Here is what Donald Trump has to say:

You can also see some of Donald Trump’s tweets dating back to last year about this: 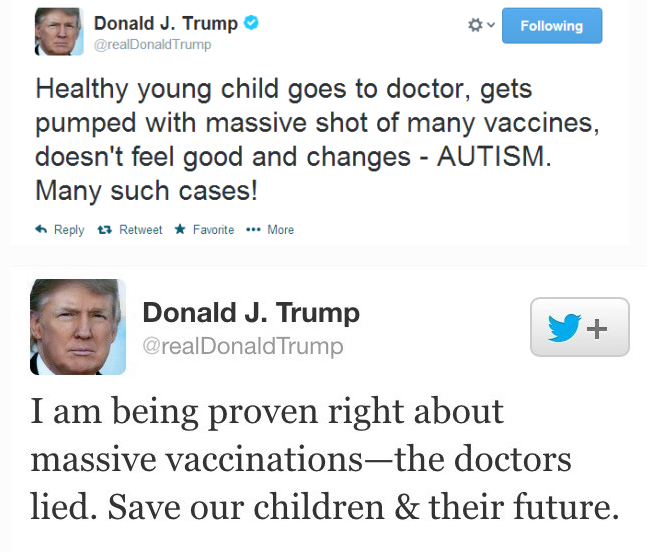 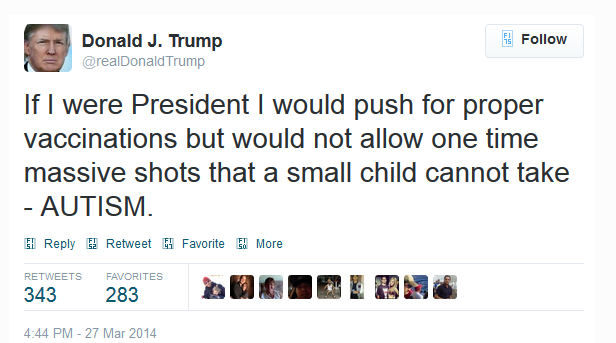