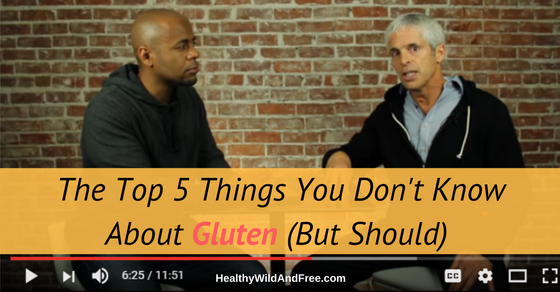 About a month ago or so I attended a health educational conference near Atlanta, Georgia. The event hosted speakers who spoke on multiple various topics around health, nutrition, detoxification, methylation and much more. It was insightful, inspiring, educational and important for me to be there because I learned so much. I took pages of notes and will be releasing content in the next month or two from two health conferences that i’ve attended in the last few months. I’ve been busy learning!

Gluten has been a hot topic on health websites in the past few years and it seems to be gaining traction. What is all the fuss about? what is gluten? why is it important to understand? is it bad? neutral or okay? These are some of the answers we’ll discuss today and hopefully by the time you’re done reading you’ll have more clarity on gluten and what it means for your health.

Gluten is defined as a substance present in cereal grains, especially wheat, that is responsible for the elastic texture of dough. A mixture of two proteins, it causes illness in people with celiac disease.

What is an Antibody?

An antibody is defined as a blood protein that is produced in response to and counteracting a specific antigen. Antibodies combine chemically with substances that the body recognizes as alien, such as bacteria, viruses, and foreign substances in the blood.

The body sends antibodies to deal with the inflammatory response caused by gluten. To simplify this and sum it up is very simple. You eat gluten, the gluten (2 proteins) causes an inflammatory response in the gut. The immune system is alerted and sends antibodies to deal with this foreign substance. What foreign substance? Gluten!

I think because of the work that Dr. Tom O’bryan (who I saw speak in Atlanta) and others have done we can now really say with more confidence than not that anything that contains gluten is not food fit for healthy humans.

Gluten is really only seen as something that is in wheat, but it is important to note that gluten is also found in barely and rye as well.

With that being said, here are 5 things you don’t know about gluten that you probably should know if you want to reclaim your health:

In this video Sean Croxton interviews Dr. Tom O’Bryan and he shares with us 5 things we don’t know about gluten that we need too. Just to reiterate, here are those 5-things:

If you suffer from any of the above conditions it would be very wise to cut gluten out of your diet completely and see if what you suffer from changes. There is freedom in understanding your health and that is why this information is so important.

Thankfully later on this month Dr. Tom O’Bryan is hosting an event called ‘Betrayal: The Series’ which is a 7-day series free to watch that hosts a variety of expert scientists and doctors on the topic of autoimmunity. 85 different people share their expertise and if I were you I wouldn’t miss it for the world. You can sign up for the event by clicking here.