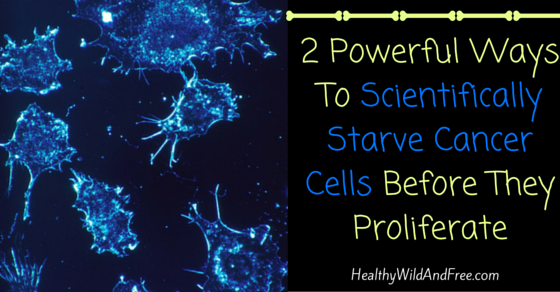 Cancer is one of the biggest killers in America and worldwide. It’s often diagnosed in it’s later stages and at that point it may be too late. Even when it’s diagnosed early on the medical system strongly pushes chemotherapy which leaves the patient struggling for life and vitality itself. The chemotherapy then weakens the body and can and often does kill the cancer patient faster than no treatment at all. A 25 year study done by the University of California Berkeley found this to be true, you can read about that study here.

With that being said, catching cancer before it proliferates and grows out of control is a big advantage to you and your health and could literally save your life. Not only that but the two most powerful ways that you can prevent cancer also inhibit other health conditions and diseases and increase your quality of life the day you begin implementing them.

Just like belly fat, muscle, brain function, digestive health, cardiovascular health and any other area of the body cancer cells are either fed or starved. You can use the correct nutritional and dietary principles to feed muscle or add belly fat, feed cancer cells or starve them. Cancer cells are just like any other cell in the body, they require fuel and energy to grow and proliferate. If they do not have the fuel necessary to do so then they will begin to starve and die at a cellular level, known as apoptosis. Inducing apoptosis in cancer cells (causing cancer kills to be programmed to die) is simply a matter of understanding cancer cells and their energy sources.

There are many ways in which you can build immunity, keep your body in a constant state of health and homeostasis to prevent cancer. By living a healthy lifestyle in terms of not only diet but stress, environmental factors, sleep and movement for circulation and lymphatic health you do these things. The two factors we’re discussing today though seem to be two of the most important triggers that accelerate cancer cell growth rapidly, so by understanding these two concepts you can prevent it more effectively.