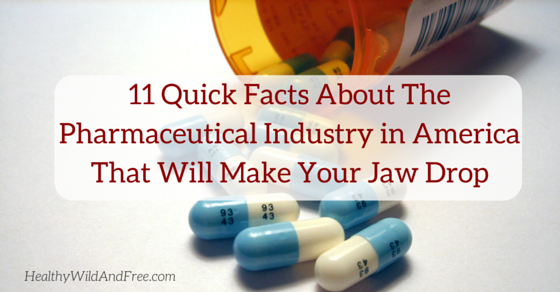 When I was younger, say 10 or so years ago I listened to an audio book entitled Natural Cures They Don’t Want You To Know About by: Kevin Trudeau. Little did I know that book would forever changed my life. I made an internal vow that as I grew older I would do whatever I could to expose the corruption and fraud in the pharmaceutical industry, and here I am today doing that. I don’t believe everyone in the pharmaceutical industry is evil, I believe that there are a lot of moving parts and people and deception lies on multiple levels.

The injustice, corruption and malpractice is rampant though, and this is obvious by any outsider looking in once you start to read the facts. The facts are quite obvious. The facts and figures speak for themselves. In comparison to other countries, in comparison to where the pharmaceutical industry was years ago, in comparison to any other metric I think you’ll agree that by the end of this article that the pharmaceutical industry is one of the most corrupt and deceptive industries. Preying on the health of millions of people for profit.

11 Pharmaceutical Industry Facts That Will Make Your Jaw Drop