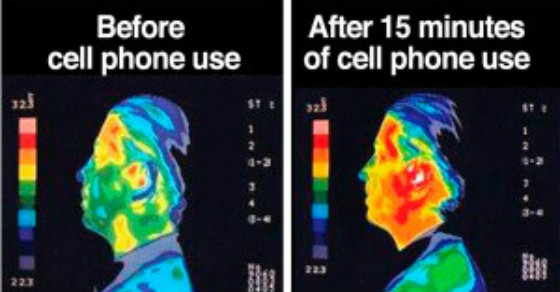 Modern technology has left us polluted in a sea of radiation. Everything electrical in your home emits some sort of electromagnetic frequency and it all causes you to feel more stressed and tired. The more time you spend around electronic devices (especially those with a 4g signal to a cell phone tower, or wifi) the more you will feel the effects of geopathic stress in the form of EMF pollution. EMF (otherwise known as electro-magnetic frequencies) are emitted mainly by your cell phone, laptop, tablet and any other device with a wireless connection.

If you think that this isn’t too harmful to your health just do a Google search around the topic of teenagers texting late at night and falling asleep on their cell phone and waking up with a hot brain. Many teens now have cell phones and use them late at night and fall asleep with their brain close to their cell phone, and for some this continuous pattern has led to brain tumors. This is the worst thing you can do, is expose your brain or body to EMF pollution and radiation all night long while you sleep.

This isn’t just a teenage problem though and although it would be smart to warn your kid’s (if they have phones or tablets) to not sleep close to them. This is also an adult problem. Do you sleep with your cell phone on your nightstand? How often is your cell phone close to your body or on your body emitting a 4g signal throughout the day? Not only has cell phones been shown to emit radiation that is toxic to your body, stress levels and health but the radiation from cell phones has caused brain tumors, leads to more inflammation and stress which wear you down and weaken immunity.

Interestingly enough there are certain cell phones that expose you to harmful levels of electromagnetic radiation according to the research from the Weizmann Institute of Science in Israel. It was published in the Biochemical Journal, and it found out that a 15-minute single use of the cellphones may change the brain cells which are associated with cancerous cell division. The Associate Director of the National Institutes of Health, National Toxicology Program, Dr. John Bucher, said that 10-12 years exposure there is a concern of an increased risk of developing brain cancer. He added that the skull of the children allows deeper penetration of radiation posing greater risks. Below is a list of the top 5 phones which have the highest radiation levels.

Interestingly enough most of these phones are cheaper budget phones which young people may be more common to have. Also notice that Motorola phones are 3 of the top 5 phones containing most of the radiation so it may be best to avoid this brand completely.

To reduce EMF pollution you can simply turn your phone on airplane mode at night and place it in another room (while still on airplane mode) so that it’s still away from your body while resting. Be sure to follow our facebook page to learn how you can reduce radiation from cell phones and other electronic devices in your home in our next article.