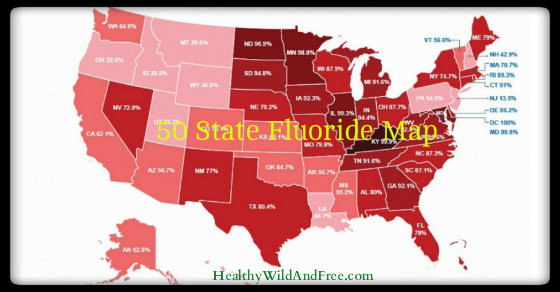 Fluoride is a controversial topic in America. The majority of the population thinks that they are fine with ingesting fluoride because the Government (or their dentist) told them that fluoride was good and helped to prevent cavities. The other chunk of people believe that fluoride is a waste product that is added to our water supply in order to dispose of it and that it’s toxic. Which do you believe? I would love to hear your comments after this post.

Regardless of what you believe the facts are becoming more clear over time that fluoride is harmful to human health. So harmful in fact that Harvard and the NIH (National Institutes of Health) found that children who lived in highly fluoridated areas had a lower IQ than children who lived in an area with lower levels of fluoride.

Simply put, over a period of 22 years this information suggests that high water fluoridation leads to lower intelligence in children, shown by their IQ score. Fluoride is added to approximately 70% of the United States drinking water supply and you most likely live in a state that adds it to your water for you.

The Top 10 Fluoridated States in America

1. Washington D.C.: 100% of our capital is fluoridated! no wonder our politicians are so slow!! This explains so much! 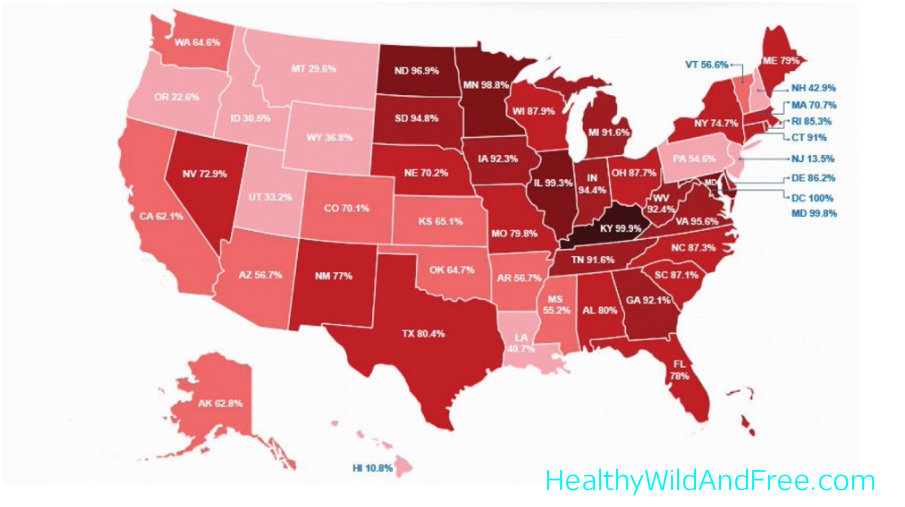 The darker the color the higher the percentage of fluoride. As you can see the state of Hawaii is the place with the least amount of fluoride in the water. New Hampshire, Pennsylvania, Louisiana, Oregon, Montana, Idaho, Utah and Wyoming are some of the best states to live in for low fluoride levels.

Learn more about fluoride in this informative video: