This Man Talked With Plants And They Actually Responded 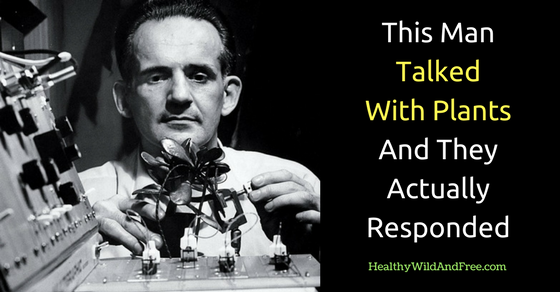 Do you think that plants have feelings? emotions? or thoughts? These are questions you may have had before. If you’re curious like me you see the possibility for any outcome. Although these may seem to be outrageous questions to some, to others it’s not so hard to answer these questions or to lean in one direction.

There’s a philosophy known as animism that could influence your thinking. Animism comes from the latin word “anima” which means breathe, spirit, life. The idea is philosophical to me but wikipedia describes it as a religious belief. The belief is that that objects, places, and creatures all possess a distinct spiritual essence. Animism perceives all things including but not limited too animals, plants, rocks, rivers, weather, human craftsmanship, and perhaps even words—as animated and alive.

You may have heard this idea before. The idea that some cultures believe that even rocks are alive and conscious.

That may be a little too far of a stretch for you. Personally it may be for me. I haven’t thought about or researched it enough. This idea though if anything should stretch your let’s call it “living comfort level” to at least contemplate the idea that plants can in fact be alive. Why is this important? To understand the spiritual, esoteric and potentially emotional ranges of plants?

It seems that if we can bridge a connection between us and plants better we can benefit from this. We can do better in our health and for the environment. After all plants heal our body better than any pharmaceutical drug or vaccine ever will. I think we know this intuitively, with a little bit of research being very helpful.

The environmental stability depends on plants, trees and green foliage. This is what creates the oxygen that we breathe and need to stay alive as a species. With cities, factories and industrial pollution higher than it’s ever been we need to plant plants, trees and understand the value they provide much faster. Maybe this will help.

Are Living Plants Communicating And Feeling Emotions Just Like Humans?

Glad you asked. Let’s dig into some of the most interesting research that I have ever read in my entire life. Believe me when I say that this is quite shocking because I have read a lot of food, plant and environment science throughout the years as it’s a big passion of mine. I came across this idea several years ago actually but didn’t read into it until recently out of curiosity.

This story starts in an odd fashion. It all started one night many years ago in 1966. An interrogation specialist by the name of Cleve Backster. Cleve was teaching policemen how to detect lies and on a whim he decided to attach the electrodes of a galvanometer (an instrument for detecting small electrical currents, often used in lie detector tests) to a nearby dracaena plant.

What happens next may surprise you. Backster began to water the plant. Oddly the galvanometer did not show the same growth in electrical conductivity as he would have normally expected. Instead, the needle of the galvanometer started to move downward, a response often only seen with surges of human emotion. Caught by much surprise, Cleve started formulating ideas about plant conscience.

Cleve knew that that some of the strongest emotional stimuli came from life-threatening situations, he thought about burning the actual leaf the electrodes were attached to. But before he could even reach for a match, the tracing pattern on the graph moved upwards as if in response to the thought of threat.

These 10 short minutes changed Backster’s life and gave him the idea of plant sentience. An idea so groundbreaking that it later was coined into the term “the Backster effect.”

The book “The Secret Life of Plants” explored the relationship of plants and humans. Do plants have emotions? do they communicate with each other?

There has been hard evidence that plants talk to each other through chemical signaling. They also engage their senses just like humans. Senses like smell and sight also apply to the plant world and gives a lot of validity to the significance of plant senses.

An Excerpt From The Book “The Celestine Prophecy” Below. Which I highly recommend reading! 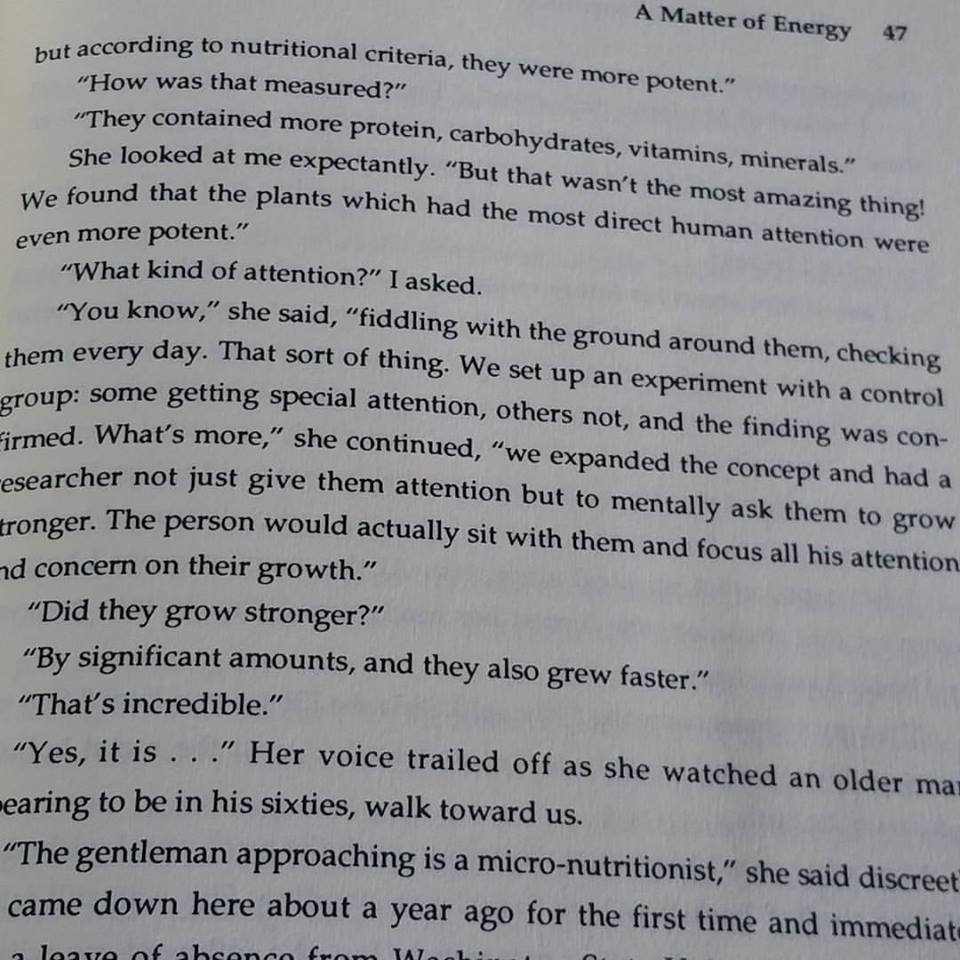 isn’t it interesting that Cleve Backsters work opened up an idea that has grown and grown? The books the secret life of plants and the celestine prophecy share these ideas further. Maybe we’ve lost respect and admiration for the intelligence that plants possess? They have evolved for many years. They have innate intelligence. The herbs and plants that we take for our health do the same. They communicate and interact with our biology to create positive change. We have to appreciate and respect that relationship that we should have with nature ongoing. We can’t let humankind try to out-engineer nature through genetic engineering when we don’t even understand plants and how their intelligence and potential yet. How can you out engineer something that you don’t even understand?

I recommend reading the book “The Secret Life Of Plants” by Peter Tompkins & Christopher Bird to learn more about these ideas.

Learn more about the secret life of plants in this video: