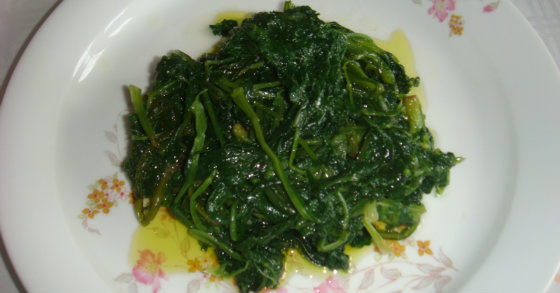 If your go to leafy green is spinach then this is definitely worth reading fully. As far as diet is concerned most people like yourself probably already understand that eating plenty of raw, uncooked and organic fruits and vegetables is one of the healthiest and best things that you can do for your health. Raw food is touted because in most cases it is better. By not cooking your vegetables you allow the nutritional content to be higher.

Vitamins, minerals, antioxidants, enzymes and other plant compounds are compromised when cooked. The hotter the temperature generally the less nutrition that food has, it get’s cooked right out! This is why salads, smoothies and vegetable juices are a great way to go! You can consume the fruits and vegetables raw and uncooked and benefit immensely from the full range of untouched (uncooked) nutritional value.

It’s not the case 100% of the time though. Sometimes cooking food or heating it up actually benefits you in different ways. Spinach for example, is one of those foods.

Spinach contains a compound (along with several other vegetables, spinach being the most common though) that  is a colorless, organic compound that occurs naturally in different parts of nature such as plants, animals and humans. This compound is known as oxalic acid and it is classified as an anti-nutrient. What is an anti-nutrient you ask? an anti-nutrient is a plant substance that naturally harms your ability to benefit from the other nutrients within that plant. It is actually made by the human body also. Oxalic acid is converted into oxalates which our body needs, so it’s not all bad news 100% of the time, but when too much is consumed it can become an issue.

If spinach is one of your main greens for example, and you eat

Oxalic acid is binds with calcium, magnesium, iron, zinc and copper in your intestines to form what are known as oxalates, insoluble salts, this then interferes with your absorption of these minerals which makes them unavailable for the body to use. It doesn’t affect the absorption of calcium through foods eaten during the same time.

Spinach is a nutritious green with calcium, magnesium, iron, and other phytochemicals. The issue becomes an issue when oxalic acid plays a role. Because oxalic acid creates insoluble salts in the form of calcium oxalates, these can lead to an imbalanced calcium buildup in the human body causing a host of issues over time. Such as stiffness in the joints, kidney stones etc. Spinach alone may not do this, but with other bad sources of calcium paired with this and not enough magnesium it can happen quite easily.  Since 80%+ of the population is already deficient in magnesium which is the crucial mineral needed to balance calcium out in the body.

The oxalic acid is lowered by cooking spinach, steaming works fine.  The issue with cooking though is that the minerals, vitamins and phytonutrients are lossed also, they are cooked into the water with the oxalic acid. I’m a big advocate for raw organic foods but here’s the issue with spinach, because of the oxalic acid if you eat a big salad with a lot of spinach and other vegetables you limit the availability of other minerals to be absorbed simply because you eat spinach raw.

This is why I recommend cooking, lightly steaming spinach. You reduce oxalates and allow your body to still get some (even though it is less) nutritional value, but it won’t inhibit minerals from other food sources with that meal, which is the key factor here.

You can lightly steam the spinach and include other mineral rich vegetables with it to ensure you get plenty of magnesium to counterbalance the excess calcium from spinach. If spinach is the MAIN LEAFY GREEN in your diet this is more important information to you than it would be for most people. Include more greens such as kale, romaine, arugula. Steam or lightly cook spinach half the time, but still include a variety of other greens that have a much lower oxalic acid content so that your body can absorb minerals properly and get a good enough range of minerals.

Recommended Reading: These 5 Raw Foods Are Actually Healthier When Cooked