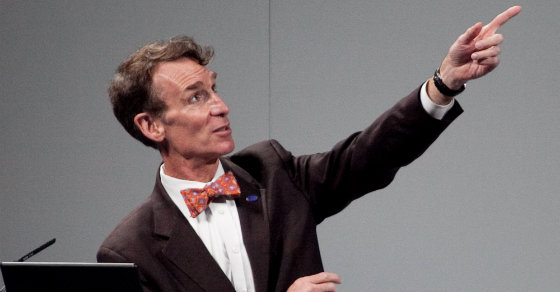 Science is awesome. Everyone loves Bill Nye, this is a scientific fact I tell you! but is science the be all end all of every answer in regards to diet, food, nutrition and anything that we ingest? Not so much, not in my albeit unscientific opinion at least. Let me first pre-empt this article by saying that I believe that the majority of science is beneficial but maybe 20% or so of science is not beneficial and can be harmful, this article is about that twenty percent.

This topic of science, reality, the real truth… or the lack thereof has been on my mind as of late especially since the put onions in your socks while sleeping article that got shared thousands of times and was highly controversial. I think it’s worth trying simply because trans-dermal application is effective and why not use it with onions as well? It’s not scientifically proven to be effective but I could piece together science giving you enough reason to try it out, and that’s good enough for me to give it a shot personally. Scientific organizations (or anyone really for that matter) wouldn’t back a study to see if onions in your socks while sleeping does anything beneficial because if it was proved beneficial then it would take money out of large corporations pockets instead of you buying onions for a dollar and doing that instead.

I believe there are a few different forms of science, just like organized religion has it’s different cults and transcriptions of religious texts… Science can be similar, the only main difference being that it has to do with money changing hands.

The science that say’s this food or drink or compound created in a lab is definitely safe! when other scientific studies, peer reviewed even say something completely different about that same compound, food, drink etc.

Bought and paid for science is bought and paid for (typically by large pharmaceutical or food processing mega-corporations) to convince the masses that something is okay for your health when usually it is not. Science is used as the “God” hand, the all-powerful truth at the end of the rainbow of knowledge that only these companies have access to.

These scientific “findings” are often promoted to the masses as truth via large media outlets both off and online.

If scientific outcomes may not be profitable for a particular study it may not be funded at all and usually isn’t, why would it be? This means that there are a lot of remedies, treatments and therapies that may do a lot of good when it comes to health, well-being and preventing disease that have no scientific validation whatsoever. This does not mean that these practices are any less valid. It just means that one way to prove their validity has not been explored yet either because there isn’t a large enough demand or the economics do not make sense or a combination of both factors. These remedies or practices may be common practice in a country on the other side of the globe and usually are.

Some scientific findings prove that GMO foods are safe and healthy while others find them harmful and cancerous. If science can have two outcomes (basically be both false and true depending on the source) what do you believe?

How can science (obviously the truest truth in the entire universe) both false and true?  This is laughable to me considering that “science” often seen as the “ultimate answer” can be conflicted with itself and have two outcomes. Which is true and which is false? that’s for you to decide after reading and researching yourself. Sometimes science just leads you down a path to make the decision that most aligns with your current beliefs, or it disrupts your current beliefs and causes you to change the way you see things.

Correlation Doesn’t Imply Causation? (This can be a form of deliberate ignorance)

One of my best friends growing up is very science-minded. He went to college for a science related career, chemistry I believe. We would always get into arguments because he had such a scientific viewpoint of things in which there had to be proof for 100% of what was discussed and I had such a “there’s a much better way to do things beyond what science has even discovered” viewpoint on things. We had a lot of great conversations in which I believe we both learned to see things differently. Several years later I had another friend who was very scientifically minded and would always say “Correlation doesn’t imply causation” to me when I discussed health and well-being. It was his go to phrase to ignore the evidence brought forth that he could not answer in a scientific manner.

The phrase correlation doesn’t imply causation is a phrase perpetuated to keep people ignorant in my humble opinion. It’s a statement, not a question. It should be a question because correlation can imply causation can it not? For example, If a kid drinks 3 soda’s a day for the first 4 years of their life and they start developing insulin sensitivity couldn’t it be argued that this could be a cause?

Correlation not only can imply causation but often is (at least one of) the causes of something changing. If you understand the human body, the blood, how the digestive and cardiovascular system work and how the whole body works together in harmony to create functionality and complete health then you understand that correlation to some degree has to imply causation. When it comes to our bodies and how they operate and function at least.

Many “Science-Heads” (These folks are like meat-heads, only they rely solely on science and no common sense) use the correlation doesn’t imply causation rhetoric for everything they don’t understand and leave it at that. The big problem with this viewpoint and philosophy is that they end, or attempt to end the conversation by stating this and being right (ego) in order to serve the purpose of being smarter than you.

I’d rather be somewhat wrong and improve someone’s life and help them live healthier than be 100% right and not take a shot at it. I hope that you’re the same way.

There are many friends that I have who are constantly engaged in testing new foods, workout, sleeping and health routines and patterns. Many biohackers who play with their biology in a variety of ways to see what happens! I am one of those people. I see a lot value in you being your own science experiment. Sure, it won’t be as accurate as a lab because you may not have instruments that a lab has but you can still get a feel for and learn what works best for you and that’s very valuable to you and your health long-term.

Think about this for a minute… how many factors could influence research on one plant (vegetable, herb, whatever it may be) Let’s brainstorm for a minute…

Soil, microbes/mineral/moisture levels in the soil, where the soil comes from (geography), sunshine (or lack of it), water, water quality (rain/tap etc.), temperature, environment the plant is in, pesticides, herbacides, fungicides, insecticides, etc etc… We could probably come up with 100’s of variables that effect the results of that study. This is not to say that a lot of science isn’t valid, and if I had to put a number on it i’d say maybe 80% of it is truthful and honest with no ulterior motives, but 20% is downright corrupt, just like the government, economic, legal, medical (and every other system) in America.

I believe that science has a tremendous amount of value and whenever science truly shares valuable insights into the benefits of different foods or plants that we can benefit from I take notice and do my best to share that information. It’s important though to not let science become the total truth about everything and base all of your opinion on the science (or lack thereof) about everything, it’s just not reasonable.

Truly there is so much value in the majority of science but we need to see things holistically. The big picture isn’t often shown because that would require thinking and questioning things instead of believing the status quo or what’s rebutted by a large media conglomerate.

I think it’s important to be scientifically sound, meaning you look at any science (just as you should look at anything) with healthy skepticism and objectively. Everything that I share and teach here on my website is beneficial in my opinion but that does not mean that it will work or be beneficial for you. You have to read, learn, research and test it out for yourself. It’s good to have a holistic view of perspective so that you can benefit from it and not be harmed by ignorant scientific circles that regurgitate old and rehashed rhetoric. Here are a few things to keep in mind when learning about health science and science based information in general…

2 Rules To Being Scientifically Sound

* Don’t be so scientifically minded that you can’t think for yourself. Science is thrown around like an extremist religion at times (the only truth) and there is a LOT of conflicting science when you really dig deeper so don’t automatically believe something because it is “scientifically proven” because it may be completely false when you dig deeper.
* Know who the science is funded by because this can alter the outcome of the study based on a number of variables. Typically speaking the larger the organization or corporation funding the science has ulterior motives based on my experience. Science can often be used to advance a companies economic agenda while masking the truth, so don’t fall prey to this trap!

* If science say’s that there is no causation from similar correlation be sure to do your research and dig deeper. If you find multiple scientific findings that share different outcomes you’ll know that something shady is in the mix and you’ll have to keep digging to find the most current relevant truth you are seeking.

Keep using science to your advantage is the best advice that I have, but don’t let it be a double-edged sword that works against you. The interpretation of information is prescribed in the dialect of the composer and the composer always promotes what they most believe.

Also, keep in mind that some science researches plants and herbs to create synthetic pharmaceutical drugs based around those plants. A great example is in the amazon rainforest, a good percentage of these plants (10% or so) are researched by large pharmaceutical companies for their medicinal value and you can find this research online. The research is there and you can benefit from these herbs in the amazon rainforest instead of taking their synthetic drug counterparts that cause side effects.  About a quarter (25% or so) of the pharmaceutical drugs in america come from a rainforest plant, so do your research and find an amazon herb that you can take instead. I will be publishing more of this information on my site here in the future as well!

I hope this article helps you dig through science and health information a bit better to see a clearer picture and begin to benefit from science instead of be confused by it.

P.S. I think Bill Nye is awesome because he looks at Genetically Modified Foods objectively, unlike many other pro-science junkies. He doesn’t believe that there is enough evidence proving them to be safe yet. I think he makes a good point.