These 5 Healthy Foods Actually Harm You In Other Ways 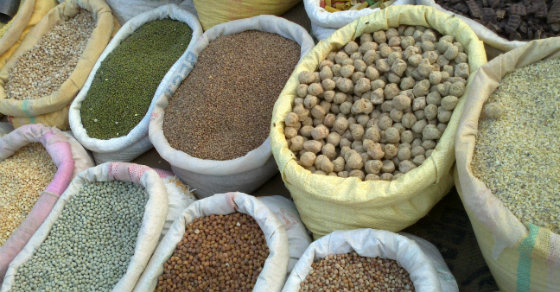 Whole foods are great, organic whole foods are even better. The majority of whole foods are beneficial to eat raw because uncooked you receive the full range of nutritional value. When cooked the nutrient value can decrease, or in some rare cases (such as these 5 foods) certain specific nutrient values of the food can actually increase when cooked. We’ll be talking about a similar topic today, specifically which foods have what are known as antinutrients, and what these antinutrients do in the human body.

Foods on the antinutrient food list below in this article shouldn’t be avoided but instead eaten or prepared differently to offset or diminish these specific antinutrients causing the nutritional absorption issues.

Take a look at Dr. Axe’s informative graphic on 10 antinutrients, and how to avoid or reduce them.

Here are some specific examples:

I remember the first time I discovered antinutrients. I ate organic peanut butter every day for the most part and discovered that peanuts have phytic acid in them which block zinc and iron absorption. I was deficient in zinc at the time as many of the foods in my diet did not contain zinc (no meat, dairy which are rich in zinc) so eating a food such as peanut butter which harmed my zinc absorption when I was already deficient in it was not a good idea. Peanuts have other minerals, fats and proteins which are beneficial for health when organic but they also can be contaminated with mold. Peanuts are best not too often for these purposes, especially peanut butter.

Grains are the most risky. Some grains contain more than one antinutrient and are also very difficult to digest on top of that because of their structure. Beyond that cruciferous vegetables could be the second highest risk. By understanding that you can simply steam them to remove antinutrients you can get around this though. If you do have an underactive thyroid these foods are to be avoided though because the antinutrient will harm your thyroid gland further. Spinach you can also cook the oxalates out, so it’s not all that bad. Nuts and seeds you can soak or sprout to remove the antinutrients.

Most antinutrients aren’t as bad if you simply prepare food properly.With certain antinutrient laden grains being the exception.

4 Ways To Reduce Antinutrients From Food

Most grains or hearty food of any kind can contain antinutrients. These foods although nutritious shouldn’t be a large portion, or even a consistent food in your diet. If you eat a nutritious foods daily but then also eat foods consistently with antinutrients unknown to you (until now) you’ll only make marginal gains and improvements in your health. Nutritional deficiencies that have been with you for years may simply be because you have antinutrient foods in your diet consistently. By removing them or preparing them differently you can reduce antinutrients that can sufficiently fix that nutritional deficiency over time.  The goal is to eat smarter, prepare mindfully and eat to provide you energy, life and vitality, and most of these foods may be harming you if you are not preparing them correctly or eating them too often, or in too high quantity, or both.