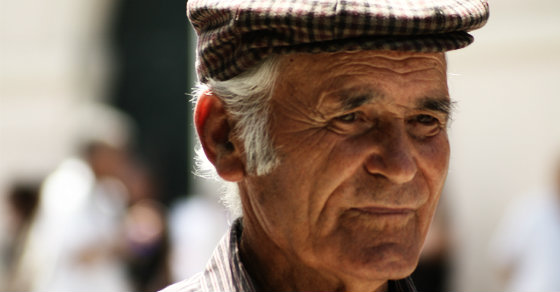 Have you ever heard of a blue zone? it’s a zone that is known as a longevity oasis where people regularly live to 100+ years old and it’s common. There are only 5 places on earth that are considered blue zones where living to 100 years or older is commonplace. These five places are each in different countries and continents and surprisingly there is one place in America that has a blue zone.

Before I share this list of countries with you though I want to share with you what was found as common threads through these 5 blue zones that seemed to keep these societies happy and healthier than the majority of the population at large. These specific areas in these countries have the longest life expectancy rates on earth. So what can we learn from them? The book Blue Zones: 9 Lessons For Living Longer by Dan Buettner

discusses the traits that these zones carried.

The U.S. National Institute on Aging helped to find these answers. They found that genes did not play as large of a role as was expected. About 70% of healthy lifestyle habits in these five zones attributed to good health and longer longevity. The most common traits are more movement as an active lifestyle as in Okinawa Japan where an old man say’s he doesn’t want a modern car or modern things because it makes life too easy.

He prefers to spear fish in the sea and stay active. An active lifestyle rich in exercise and movement was one of the first traits. The next trait is eating a healthy mostly plant based diet (along with a lot of beans) each day. They stress much less and prioritize socializing and family over many other things. They also have a larger sense of purpose than most other cultures and people. This gives them a hopeful reason to continue moving forward in life.

A strong belief in God was another trait that these cultures had in common, it seems that having a belief in a higher being and purpose keeps you going strong and keeps your will to live higher for a longer duration. These cultures simply choose to live differently than most people. They value these things…

1. A mostly healthy plant based diet (rich in beans)

2. A strong belief in God

4. Exercise & Movement (fitness of any kind)

5. Little To No Stress (or anything that creates it including technology)

Here’s the ideal healthy lifestyle pyramid that they follow: 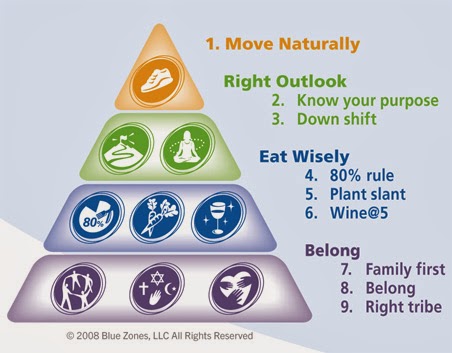 These 5 traits make the 5 blue zones extremely unique and keep them living longer than any other places on the planet. We can learn from them and engage in a healthier diet, a strong belief in God/Source (a spiritual connection of any kind), Importance of Family and communication, Moving your body and keeping stress levels low.

Finally, if you’re curious where in the world these people live here is a list of the cities and countries below that may be worth visiting in person one day!

I personally lived on the Nicoya Peninsula in Costa Rica a few times now and really enjoyed living there. It has changed my life in so many ways and made me a healthier and more aware person. I think the biggest gift I got from living in Costa Rica was to learn how to destress and ‘take it easy’ and not let stress be an everyday thing in my life like it was in America. I hope that these lessons stick with you, these are the highest longevity zones on the planet and we can all learn from them. Check out the book blue zones

if you haven’t already read it! Enjoy your day.