R.I.P. Jacque Fresco – A Tribute To One Of The Greatest Thinkers Of Our Time 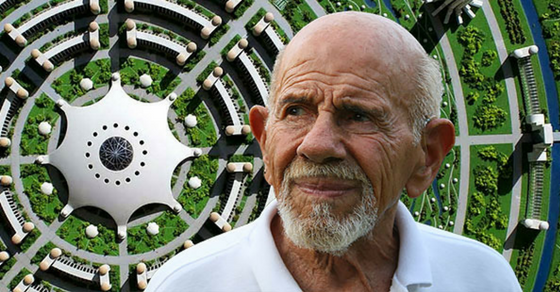 I found out some unfortunate news the other that was disheartening. One of the greatest thinkers of our time has recently passed away. If you aren’t familiar with Jacque Fresco he was an environmentalist, philosopher, futurist, social engineer, and designer. He was one of the most interesting thinkers when it came to the topics of environment, medicine, economics, policy and culture.

Jacque Fresco was born March 13, 1916 – Jacque Fresco left our physical world on May 18th, 2017 at the age of 101 years old. According to Wikipedia he was an American futurist and self-described social engineer. Fresco was self-taught and worked in a variety of positions related to industrial design.

Fresco wrote and lectured his views on sustainable cities, energy efficiency, natural-resource management, cybernetic technology, automation, and the role of science in society. Fresco directed the Venus Project. Fresco advocated global implementation of a socioeconomic system which he referred to as a “resource-based economy”

Jacque Fresco had a vision for something he called “The Venus Project” which encompassed a philosophy that moved human consciousness beyond politics, poverty and war.

You can watch a documentary about the venus project here:

Here’s another video sharing some of Jacque Fresco’s insights and ideas:

He will be greatly missed. I recommend following the venus project on facebook here and learning more about this vision for a sustainable, poverty, politic and war free future.

Jacque Fresco was one of the few people who envisioned a world without politics, poverty, war and even money. He envisioned a resource based economy that benefited all mankind and put his ideas to work creating models and prototypes for a better, more sustainable planet. I believe that his ideas are worth looking into and learning more about.