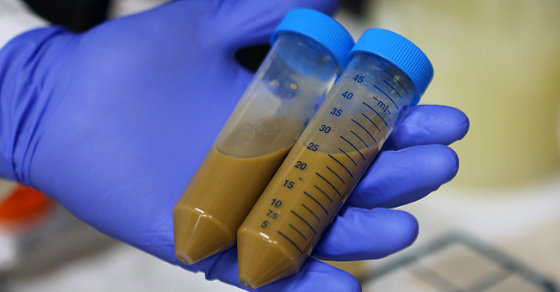 If talking about poop grosses you out, this article should be skipped! It proves an important point though when it comes to health and well-being. As a health researcher and blogger I see a lot of studies and come across a lot of interesting research and groundbreaking health information. Recently I came across a study that I could not believe. It’s quite shocking and will leave you wondering if it’s actually true, and I can assure you that it is a real study and indeed factual information.

Science has gone in many directions over the years, everything from exploring new plant species to dissecting human fecal matter, and that’s on today’s topic, fecal matter. As of recently I discovered this relatively new procedure called fecal transplanting, which is a procedure in which a Doctor will essentially take fecal matter from a healthy person, freeze it, liquidize it in a blender, then add it to a sick person’s bowel either by a tube through the nose or through the rectum.

You read that right, let’s just call it a “healthy poop transplant” for short. The idea is to give the body and bowels a healthy function once again in order to fight off infections. So far the results have been quite promising and have outperformed antibiotics quite well. The method colonizes the gut with healthy bacteria, has a 85 percent success rate against life-threatening infections such as Clostridium. Guess what the success rate for antibiotics are for this same infection? Only 20 percent! for the typical standard antibiotic treatment.

So much for the efficacy of antibiotics, you can take healthy poo and have a 400%+ better chance at fighting off that infection, once again, just to reiterate, with poop. It’s gotta be tough for antibiotic manufacturers to put that in their pipe and smoke it, or in their nose and inhale it.

Fecal transplantation is also being tested for other conditions including obesity, diabetes, irritable bowel syndrome and colitis. However, there are downsides. There are risks of infection. And the transfer of microbes to a new host could include transferring susceptibility to obesity and even mental illness. It’s still not the side effect risk free solution that adaptogenic herbs and immunomodulator foods, herbs and spices offer, which is what I would prefer if I were looking to boost immunity, or trying to prevent disease and infection.

There are now 500 centers in the USA that offer fecal transplanting as opposed to antibiotics to fight off infections. It’s an extreme measure but maybe not as extreme as taking an antibiotic that kills all beneficial gut bacteria which causes you to be more susceptible in other ways. It’s 400%+ more successful than antibiotics, it’s not something i’d do personally but that should give you a good hint that maybe antibiotics are one of the least effective means to correct a health issue in today’s modern medically advanced world.