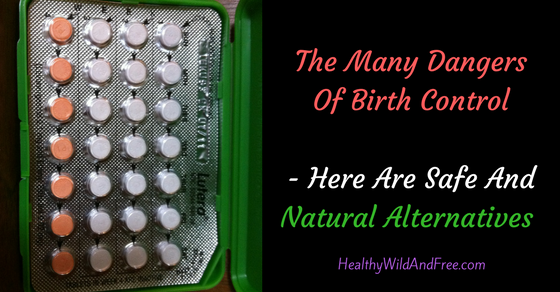 I recently discovered that Melinda Gates, who is the wife of Bill Gates, is going to make birth contraceptives available to 120 million women by year 2020. She has caused an uproar after speaking about this on TED, writing an essay and making promises to make a pledge from the Bill and Melinda Gates foundation to accomplish this goal in the near future.  I could stand behind this if I knew that she was pushing safer birth control methods such as chemical-free barrier birth control and natural herbs for birth control.  I’d love it even more if she discussed the importance of abstinence to those who are unmarried or funded programs teaching people safe methods for birth control.  After all, her motive is to reduce poverty and also help people in Africa along with other countries from having more children than a couple or single mother can handle.  Moreover, it also has been no secret that her and her husband support and fund movements for population control and eugenics.
Well, Africa is where the rate of HIV and AIDS is very high which causes concern when such a powerful individual pushes Depo-Provera as the choice contraceptive to those who are unaware that it heightens the risk of HIV to women by 40 percent.  According to medical research studies, there have been over 60,000 new cases of breast cancer. The Fred Hutchison Cancer Research Center did a study on the Depo-Provera shot and has found that it doubles the risk of breast cancer.

Another issue with chemical contraceptives is that women have been diagnosed with pulmonary embolism, which is a deadly blood clot.  Blood clots have been linked to young women who have been taking birth control pills; even though doctors say that women over 35 who smoke are more at risk.  I scoured the internet and found a great deal of healthy young women who do not smoke with this issue from birth control pills.  As a matter of fact, I had signs of a similar issue which caused my doctor to take me off of them permanently.

My Experience with Oral Contraceptives

Doctors don’t tell you the risks of certain birth control methods when you disclose a need for it.  I was put on birth control only because of the female health issues that I have due to endometriosis and fibroids that keep me from having a regular menstrual cycle which is quite painful.  I wish I would have gone to a library or attempted to research alternatives online that could resolve my issues.  Consequently, long term birth control can cause infertility issues.  And I would like to have a child one day; therefore, I was not on them long-term, but I should not have been on them at all. Before my doctor took me off the pills, I tried pretty much every kind of pill a doctor can put you on, except seasonique which is the worst pill I feel a doctor can prescribe. Anyway, all of them made me sick or “off” such as constantly feeling queasy, extremely moody and irritable in combination with migraines, leg pains and sore breasts. The only thing I say can great about them, is that they made my breasts very large, but I really don’t need help in that area anyway.  And for those of you that do, it’s not worth it!

Please keep in mind, all contraceptives except methods similar to using a diaphragm most likely will cause medical issues.  Methods you should avoid are the patch, pill, shot, vaginal ring, IUD, paraguard IUD, plan b and implant. Even spermicide has harmful chemicals in them.  All of these chemically based methods are created with harmful synthetic hormones called ethinyl estridiol and norethindrone which can lead to breast cancer and other hormone related issues.  If a doctor offers any other methods not mentioned, please ask him or her if it has synthetic hormones first, especially if you are seeking emergency birth control after being forced sexually or if the condom broke.  Even if you are offered an IUD that contains copper, run!  Copper is extremely dangerous too! Most likely a doctor will offer a hormone or copper based drug, but I will provide alternative methods for cases like this.  Also, keep in mind women who have chosen to use these methods for a long period of time has had issues with fertility.

There are herbal and non herbal practices that you can try together or separately.  Abstinence is the one behavioral method you can practice without the need to use herbal practices to ensure that you do not get pregnant because Immaculate Conception is a fairy tale.   Outercourse is not as birth-control-proof as abstinence but if you have a partner that you want to be intimate with this is a good birth control method as long as you do not share bodily fluids by having your genitals too close to each other.

While condoms are not 100 percent effective, you should always use them when you are single not only to avoid pregnancy but to also avoid the many types of STDs you can contract.  It is uncommon for married people to use condoms but there is a non herbal practice some people use which is called “pulling out”.  This is also not full-proof; therefore, taking herbal birth control will provide more protection. However, if you are interested in using condoms, married or not, I suggest using a chemical free, vegan condom.  There are actually two different companies that provide such condoms.  These two companies are:

If you are a married woman that is not squeamish when using inserts like a diaphragm or a cervical cap then these could work as long as it stays in during intercourse.  Some women feel that a diaphragm is too big so a cervical cap which is smaller will provide more comfort. Caya is a company that provides contoured, chemical-free diaphragms that are made out of silicon. Also, for women who feel that diaphragms never fit right, Caya’s diaphragms are designed like a tampon so that it hugs the vaginal walls to create an effective barrier from sperm entering the cervix.  If you need something that will make you feel more certain that you won’t get pregnant, then herbs and/or a vegan spermicide called ContraGel will be your best choice.  You can buy ContraGel on Amazon by clicking here.

You must first be aware that there are some that are also potentially dangerous for you such as penny royal, which is an anti-fertility herb known to cause liver damage if you consume too much.  Those types of herbs, I will not suggest but be careful if you do further research for more herbal options.  There are articles out there that don’t tell you the dangers of some of these herbs.  I prefer to consume herbs that don’t have any dangerous health risks because I do not want to take my chances!  If you ever have some uncertainty a professional herbalist in or near your area can assist you with buying the best herbs for you, and can also help you once you want to regain fertility.  Also, a professional herbalist will help you find natural contraceptive herbs that are not easily found online or at a local health store.

Depending on what your preference is, there are three types of herbs that can fulfill each need concerning birth control. The three different types of herbs are implantation preventing herbs, sterility promoters and menstruation initiators.

Although these natural methods are much safer than conventional birth control, please proceed with caution when using these methods if you have any serious preexisting health conditions or illnesses.  Also, if you are unsure that you are pregnant please consult with your GYN, some of these methods can act as a natural abortion.  And it is best to refrain from consuming any of these herbs if you are breast-feeding because most of them are dangerous for an infant to consume.   If you wish to never have children, tubal ligation is a recommended option.  Just keep in mind if you change your mind later, reversing tubal ligation can cause an ectopic pregnancy and fertility issues.