Why Your Body Needs Negative Ions (And How To Get Them) 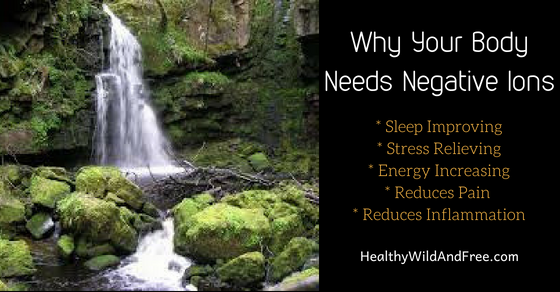 What Puts Positive Ions in Your Environment?

Positive ions are generated by electronics mainly. Things like microwaves. Cell phones. Televisions or any other electrically charged device. Positive ions are molecules that travel through the environment and get stuck, get trapped in your body. Positive ions are positively charged molecules which are the opposite charge of human cells, which carry a negative charge. The human body will accumulate positive ions over time and this will lead to a variety of health issues.

The list goes on and on. The less positive ions you have stuck in your body the healthier and more balanced you will feel overall.

What Puts Negative Ions in Your Environment?

Negative ions come solely from nature. Which is why nature is such a healthy place to be. It’s great for your health.

If you don’t live close to the beach, a waterfall or volcano like most of us, there is another way to keep negative ions with your body and health wherever you go.

Energy Armor is cutting edge health and wellness company that has developed negative ion-based wearable technology. They gather negative ions from lava that has become hardened in the ocean, then put into the silicone molds and injected into bracelets, necklaces and a sleep mask. I personally have each bracelet, the necklace and the sleep mask as well.

The bracelets and products are harnessing negative ions that come from a volcanic eruption. The volcanic material is then put into a silicone mold to contain the negative ions so that you can carry them with you each day, and while you sleep.

Learn more about these products in this video:

Energy Armor has the highest negative ion counts (per device) in the entire negative ion industry.  For a limited time you can get 50% off these products. The bracelets, necklace and sleep mask by clicking this link: https://energy-armor.com/discount/HWF

Use the discount code “hwf” if you don’t automatically see your price for checkout at 50% off of whatever products you order. Enjoy the negative ions!