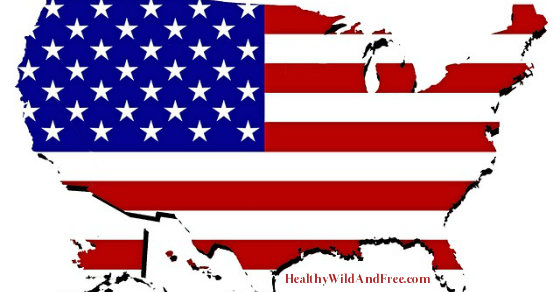 Earlier this year I wrote an article called 6 amazing health benefits of physical affection and unfortunately not many people got a chance to read it. In doing the research for the article I read something that really fascinated and surprised me. James Prescott, a renowned developmental psychologist found that the America is one of the most violent societies on earth.

For those American patriots reading this in anger I ask you to first calm down and recognize that between war and crimes on the street and looking at all things considered that we are more violent and violent oriented than most countries. In many countries around the world they see us as gun-toting violent prone individuals because we resort to violence more often than many other nations and cultures. The reason why America is one of the most violent societies on earth will surprise you, but first I want to share with you an interesting tidbit I found online first.

“In the 1940s, Dr. Rene Spitz was left perplexed as to why babies under his care were dying despite being given the proper nutrition and sterile surroundings. Decades before this, reports had also surfaced of babies dying in orphanages in the U.S. for inexplicable reasons. These incidents triggered extensive studies that later gave birth to American psychologist Harry Harlow’s verdict: The babies died from lack of touch.” From ehow.com
That’s one of the most shocking things I have ever read in my entire life. I couldn’t believe it, my jaw dropped. Babies died simply because they were not touched. It’s was inadvertent death of babies over and over again, this wasn’t something that happend once or twice.
This led me to believe that physical human touch is extremely important for our health and well-being. Physical affection was what I believe helped the babies feel loved, cared for and protected. As adults does it not do the same? Think about it. Do you feel loved, protected and cared for when you are hugged and held? Physical affection has the same affect on us as adults as it does when we were babies or children.
Not only that but this goes on to explain that babies need touch to survive, develop, and thrive in relationships, life and work. Scientists also found that babies that were not nurtured and held (touched) enough as a child are more likely to be depressed, angry, use drugs, do bad in school and have poor relationships and family relations.
We need physical touch and physical affection to feel loved and cared for. This brings me back to James Prescott and his work. He found that America was one of the most violent societies on earth simply because we lacked physical human touch. We now know that when babies aren’t touched they die. There must be a change in their fear and trust levels that causes them to simply lose hope in love and life and from there life is useless subconsciously.
This makes sense to me to some degree. We don’t hug and hold each other enough. Many of us have grown cold to human touch and don’t want it at all even going so far as to blame germs… Really? Human touch is essential for babies to survive and it’s essential to develop our loving, caring and peaceful side. This inspires me to continue to learn to love, care and empathize more and to hug and care in a physical way more often.
You can say you care, love and are at peace but if you cannot give a simply hug or be held when life is challenging there may be issues with lack of trust and potential violence under the surface. Do yourself a favor! Cuddle, hold, hug and express physical affection your family and friends more often. It’s good for you on so many levels!
Recommended Reading: 6 Amazing Health Benefits Of Physical Affection
Image: pixabay.com