A Mothers Worst Nightmare: Infant Son Dies After 13 Vaccines in One Day 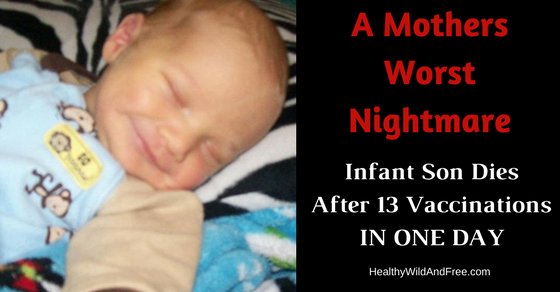 As a parent, you do everything in your power to protect your children. What if that power is taken from you by the people you should trust the most? That’s exactly what happened to Alisa Neathery of Fort Worth, TX, when she took her six month-old unvaccinated baby to the doctor for the first time. During an interview with VacTruth about the ordeal, Alisa states:

“Prior to the shots being given, when the doctor was discussing the pros of getting vaccinated with me, he explained how he was from a village in Africa. That we were lucky in America to have the opportunity to receive vaccines because where he was from, the mothers had to have like 11 kids each, since most would die off from disease because they were not as fortunate to receive vaccines like we are here in America. He really pushed them on me hard. He spent a lot of time convincing me to give Bently the vaccines, but when it was done, we never saw the doctor again.”

Totally unbeknownst to his mother, Bently’s doctor settled on 13 vaccinations that day, including two triple doses of DTap, Hepatitis B, a polio shot, three oral rotavirus doses, and a pneumococcal pneumonia vaccine. It was combined into 3 shots and one taken orally. The doctor stated “Your boy is perfectly healthy and showed above average strength in his stomach and legs.” How would you feel having a pediatrician almost forcing you to vaccinate? I know that if I wasn’t aware about the dangers of vaccines, I would be inclined to believe them and trust their expertise.

When Alisa brought Bently home directly after receiving his combination of 13 vaccines, he was no longer making eye contact. He was extremely uncomfortable and was certainly not his usual joyful self.

Bently took his last breath in his mothers arms 5 days after he received 13 vaccines in one day. 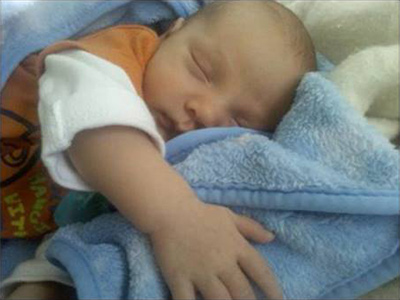 After Bently’s death, the doctors office where Bently was given 13 vaccines at one time decided to blame Alisa for her sons death. They actually went so far as to call child protective services (CPS), who immediately removed her two year-old daughter from the home and gave her to the grandmother to care for her. Thankfully her daughter was returned after a few months. Personally, I would have not only been torn into pieces over the whole ordeal but angry that the doctors office took zero accountability.

The 13 Compound Vaccines In Question

These are the vaccines that were given to little Bently 5 days before his unfortunate death:

He was also given 3 unidentified inoculations. Here’s a look at his immunization card after that visit: Here’s a look at the full printout of what vaccines her son  received as she left the hospital: 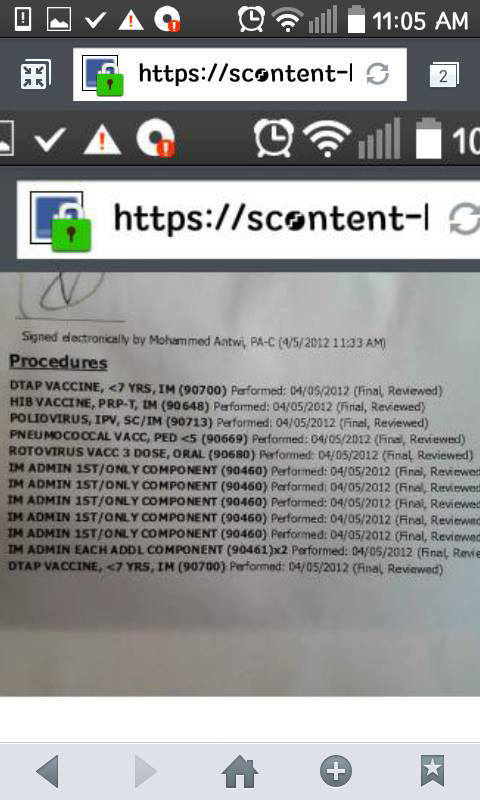 Choosing to Vaccinate, Delay or Not Vaccinate

The decision to vaccinate or not seems to be on of the most controversial topics in America right now. Inevitably, it will always be the parents choice. You should always know your right and the rights of your children when you walk into any medical office. Never feel forced or threatened especially if your gut is telling you something else. Here are a couple of quick facts you should know regarding mandatory vaccinations:

Know your rights and stay informed on upcoming vaccine bills being passed in your state.

Here’s a link to which states allow religious exemptions

Here’s a link to state by state vaccine bills you should be informed on.

What is a Religious Exemption?

A religious exemption from vaccines is simply a card stating that vaccines go against your personal or religious beliefs. You child can attend daycare, public school and any other facility where vaccines would normally be required. There’s much controversy over whether or not religious exemptions should be legal, none the less, they are. I actually retained one here in Michigan for my 4 year old son and its surprisingly not as hard as the media and pro-vaxxers would like you to believe.

Here’s a quick step by step guide to gaining a religious exemption in states other than California, Mississippi and west Virginia*:

No school or daycare facility can turn down a religious exemption or be discriminate based on your child having one.

This family’s tragedy pains us all whether your against or for mandatory vaccinations. We are all trying to do our very best as parents and sometimes trusting our gut is the best policy. Stay informed, stay strong and stay vigilant. The controversy  surrounding mandatory vaccinations is far from over so try and keep up with what’s going on legally by following the links I posted above.

If you would like to donate to Baby Bently’s Fund, click here. Their family’s legal fight isn’t over yet.

Also, there’s a 7-part documentary series sharing the Truth About Cancer that will be released April 12th. Click here to sign up for the event. Join this important conversation and do what you can to ensure that you make the best decision for your children.