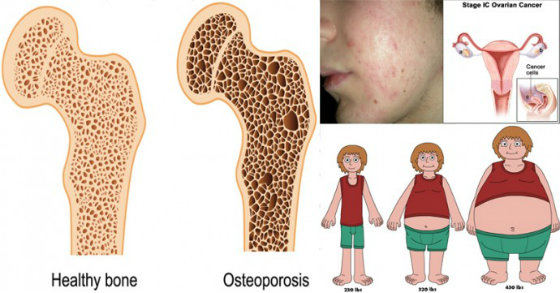 When I was a kid my mom began drinking rice milk instead of dairy milk (cow’s milk) and my dad, brother and myself all continued to drink dairy milk for a bit while my sisters and mom switched to rice milk, a non-dairy milk. We thought it was weird, how could rice be a milk? and why would you drink rice milk instead of REAL milk? well, we finally made the switch when our mom pleaded with us and said just try it out, I know you’ll like it. We all made the switch to rice milk and found it better than dairy milk. It was thinner, sweeter and didn’t have that weird thick texture and bad aftertaste of regular milk.

From then on our family exclusively drank non-dairy milks. We drank rice, almond, coconut or hemp milk! All great vegan, non-dairy options that are healthier forms of milk that all taste great. I highly recommend trying each so that you can find which milk you like best. There are plenty of non-dairy milk options you can try!

When someone say’s you should stop drinking cow’s milk, the dairy milk that our parents and grandparents drank for years you may think why? and for a skeptical good reason! Milk in the beginning had nutritional value that was worth consuming. When the milk was unpasteurized and delivered to your doorstep in glass containers from your milk man. It was nutritious and full of healthy bacteria good for your gut health. Milk has fundamentally changed quite a bit in the last 50 years. Milk is not milk as it once was. There are many changes that have taken place in modern agriculture and milk production that we as consumers need to be aware of before consuming.

Believe it or not the promoted “Bone-Building Milk” is actually harmful to your bone structure. The milk actually has a calcium leeching effect. There is a good amount of calcium in milk but because of the pasteurization process only a small percentage of the calcium is actually absorbed. Furthermore, milk acidifies within the body so that calcium in the milk is used to neutralize the acids to digest the milk absorbed! The calcium is neutralized and the bone’s suffer because calcium from the bones is actually used. Believe it or not, statistics show that countries with the lowest consumption of dairy products also have the lowest fracture incidence in their population as well.

Milk used to be full of healthy gut bacteria that was helpful. Now it’s pasteurized and this heating process kills all the beneficial bacteria that your gut needs to stay healthy. It’s void of the healthy gut bacteria and it also contains certain proteins that make it difficult to digest. This is why studies show that people who drink milk gain more weight than those who do not.

Cow’s are pumped with antibiotics to prevent disease and are also given growth hormones to be bigger and produce more milk. The problem is that these hormones and antibiotics are also found in the milk produced by the cows. These antibiotics disrupt your gut health even further and weaken immunity.

According to USA Today approximately 60% of adults cannot digest milk. About 75% of the population is lactose intolerant. A majority of the population is allergic to milk although the allergic reactions may not be obvious. This harms your digestive system and immune system over time as you continue to consume it.

In several studies children who drank cow’s milk had more acne than those who didn’t. Because milk is now a toxic by-product of sick, medicated, hormone injected cows the nutritional value is very very low. Then after this horrible treatment of cows and their diminishing health we take that milk and pasteurize the rest of the nutritional value out. Skin conditions such as acne, psoriasis, dry flaky skin, or rashes could be caused by milk consumption. I have worked personally with hundreds of people (as a holistic health coach to help them get clear acne free skin) and one of the biggest changes I recommend is to get off dairy milk. A large percentage of people saw a large majority of their acne clear up with just this one change. To learn more about clearing up acne visit AcneErasingSecrets.com/blog

Hormones in milk such as IGF-1 (insulin-like growth factor) may increase the risk of prostate, colon and breast cancer. You also have to keep in mind that milk is acidifying within the body and is difficult to digest. Your body becomes more acidic, the immune system is weakend and the gut is inflammed more often. All of these put your body into a state where it can more easily develop cancer. It suits an environment that cancer can thrive in. Milk also breaks down into sugar. Lactose breaks down into galactose in the body. There are so many cancer forming compounds in typical cow’s dairy milk.

With all of this being said, what can you drink? There are better forms of cow’s milk available such as Organic Valley milk, the milk is still pasteurized though. I question that dairy milk can be more beneficial than organic rice milk, coconut milk, almond milk or hemp milk. I personally recommend avoiding soy milk because there are issues with soy as a “food” in and of itself, that’s for another day though!