3 Benefits Of Cordyceps Mushrooom Worth Using 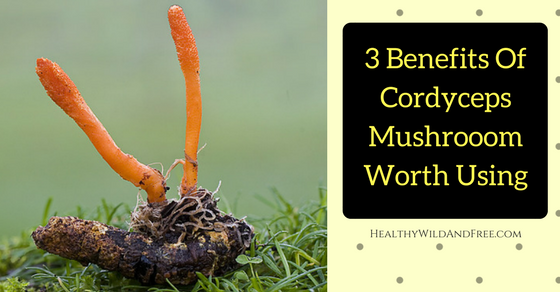 They grow in the Himalayas and throughout China and are used in TCM (traditional chinese medicine). In TCM it nourishes Jing and helps to support both yin and yang energy. It strengthens the kidneys, lungs and helps to tone Qi (Chi) energy.

There are many health benefits to this strange looking mushroom. That have a wide range of benefits for the entire body. Cordyceps has unique traits such as:

Learn more in this video:

Beyond these unique traits that aren’t often found there are many concrete benefits that your body benefits from.

Animal studies have found that cordyceps helps to heal autoimmune diseases like leaky gut syndrome. It has also been found to help treat cancer. Lung and skin cancer seem to be the most receptive cancers to cordyceps mushroom. It has been found to help with colds, coughs, the flu and any lung related immune condition. Animal studies have also found cordyceps to boost natural T-cells which are valuable white blood cells the immune system produces. They fight infection or harmful microorganisms in the body. Cordyceps has been found to be exceptionally useful for any lung related health condition such as bronchitis, cough, congestion or any other type of respiratory infection. Cordyceps has immunomodulatory effects, which simply means that it will bring the immune system closer to it’s harmony whether it needs a boost or to tone down a bit.

The liver and heart are both tremendously important organs for health, energy, detoxification and hormones. Turns out that cordyceps helps to benefit the heart and liver both. Irregular heartbeat or abnormalities with the heart have been healed with cordyceps. The liver is benefited by a reduction in oxidative stress, metabolism improvement as well as hormonal improvements. Healthier cholesterol levels benefit both the liver and heart and cordyceps benefits both.

Cordyceps is an anti-viral, anti-tumor and anti-inflammatory mushroom. It also has anti-fatigue, anti-oxidant boosting benefits. Not only that but it has also been found to improve sleep habits, metabolism, digestion and libido! It supports kidney, liver, heart, and lung health. It also boosts BDNF (brain derived neurotrophic factor) which influences brain health in a positive way. You’ll receive better cognitive function and healthier memory. It’s a power-packed fungus that is often used in TCM (traditional Chinese medicine) and is worth adding to your kitchen for at home use.

You can get a high quality, preservative free cordyceps mushroom powder on sale ($7 off) right now from VitaJing herbs by clicking here.